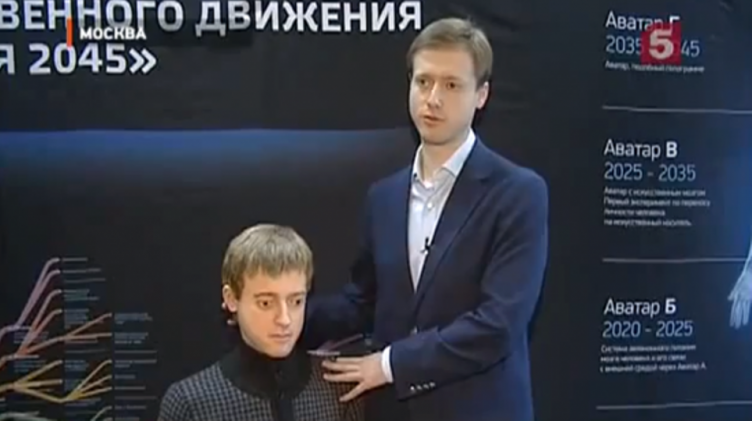 The people who usually start thinking about avoiding death through immortality tend to be in their sixties or older. But Russian Dmitry Itskov is only 31.  And he plans to spend his way to immortality by 2045 by getting funding from his fellow billionaires.

Forget cryogenic suspension. Forget a wonder drug to stop the ageing process in the body. Mr Itskov plans to transfer his consciousness to a machine, thus preserving himself in mind and spirit, but not in body, for all time. 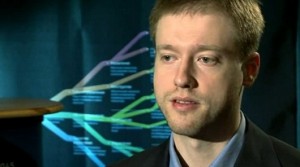 He wants to upload his brain’s consciousness, containing his personality and humanity into or perhaps onto a synthetic brain.  He even has a road map to 2045 beginning with the creation of  “android avatars” in the next three years.  These will be robots who could work, for example,  in extreme  environments, perform rescue operations,  defuse bombs,  etc. He also hopes that this technology would allow people with disabilities to walk again or experience lost senses.

The next step on the way to immortality is 2025.  This is merely the placing of a human brain, from a damaged (or perhaps newly deceased body) into a robot that can take the brain’s orders and execute them.

Then the biggy. Immortality through the entire contents of the brain being uploaded into an avatar. It’s still you, or at least all your thoughts and decisions are yours, it’s just that the housing isn’t your original flesh and blood body. Itskov sees this as not playing God, but eradicating a disease- the ageing and failing of the human body. He sees this as the next step in human evolution. And he even seems to have convinced the Dalai Lama! 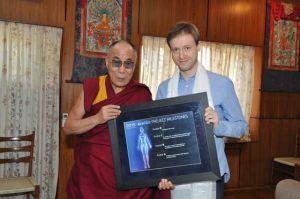 Most scientists think the timetable is far too ambitious, even if the science is possible. We are making progress in understanding the processes of the brain, but to be able to dump the entire brain’s power into a machine in just over 30 years seems super-optimistic.

So, we’ll have to see if his call to the rich to fund his plans, and perhaps buy in to an avatar if they live to 2045, will be heeded.  While the maths (and the Roubles) may not add up, at least for now, you have got to admit that it’s an exciting prospect. Imagine living forever in an iron-man type avatar, which, when it gets rusty you can transfer your brain to a fresh one.

But am I the only one thinking that the military would be the first ones to be interested if this science and technology looked like it might work? History is littered with inventions that have not been used for solely benign activities? In the meantime, let’s see if that first milestone is reached in 2015. If it is, then we may have to start thinking seriously about the morality and ethics involved. Oh, and yes, if you have a few billion Roubles to spare… 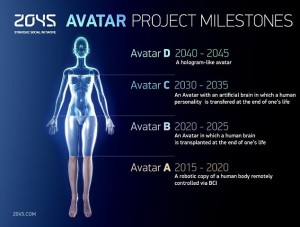