The Nazis and the Buddha from the Stars 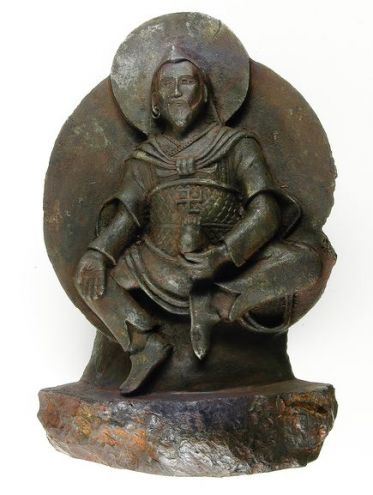 An expedition was mounted to Tibet in 1938, the year before the outbreak of the Second World Way. It was led by renowned zoologist Ernst Schäfer. It was there that he discovered a curious heavy statue. It was said that the statue had either been brought to this planet by aliens, or much more likely, was carved from a huge chunk of meteorite that had fallen to the Siberian Mongolian border some 10-15,000 years earlier- too early to have been part of the meteorite that extinguished the dinosaurs! 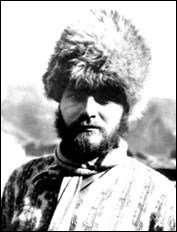 After the war, Schäfer claimed that the SS-backed expedition was to further his investigations into the wildlife and anthropology of Tibet. Chief of the German police in 1938, Hitler devotee  Heinrich Himmler, supported and sponsored the expedition. The downside was that he forced all the archaeologists to become SS members before they left on the expedition.  Why? To seek support for an absurd pseudoscientific theory of “Glacial Cosmogony” by one Hans Hörbiger.  The central tenant to this theory was that ancient ice was the foundational substance of all cosmic processes. It would also allow Himmler to  further his personal interest in Asian mysticism, and the occult- the latter being a fascination to Hitler. They were hoping to find some flimsy evidence on which to mount proof of nordic superiority and justification for the extermination of untermenschen (sub-humans).

The statue wasa found and to Himmler’s delight, it was noted that it had on its chest a swastika- symbol of the Nazi party. Proof surely of the master races’ origins… The magine the Nazis’ delight when Schäfer’s team uncovered the ancient relic with a swastika adorned on its chest. It was brought back to Germany and largely forgotten… there was a war to win after all. 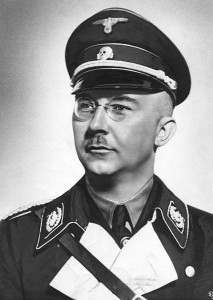 The statue dates back to the 11th century and is believed to be the very first carving of a human from a meteorite — one that crashed to the Earth over 15,000 years ago.  But what or who is the image of? Some alien God from a distant Space Valhalla? A popular theory is that it is not a life carving from a Teutonic Spaceman but a stylistic hybrid between the Buddhist and pre-Buddhist Bon culture that portrays the god Vaisravana, the Buddhist King of the North, also known as Jambhala in Tibet.  The swastika on the chest was an ages-old symbol long before it was filched by the German National Socialists in the 1930s. 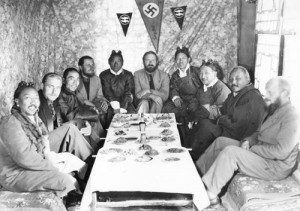 However Achim Bayer, a Buddhism expert at Dongguk University in South Korea hypothesises that the statue is a twentieth century European recreation. He said

“The non-Asian features of the ‘lama wearing trousers’ should be immediately obvious to any scholar in the field. The shoes, pants and sleeves of the man’s garments are all wrong for ancient Tibet, he wrote. The statue’s hands, eyes and ears are also shaped unusually for Tibetan art”

The jury is still out on the final analysis, but at the end of the day the notoriety surrounding the object, even if it was carved some time after 1910 rather than hundreds of years ago,  will ensure that there will always be those who say this was indeed a carving by ancient man of the Nazi Iceman from Outer Space. Or something…