Alchemy: Did it Ever/Will it Ever Succeed? 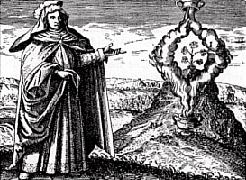 This article has a brief look at the history of alchemy and then analayses whether, with all our modern chemistry and physics know-how, we can crack alchemy and turn base metals into gold (or any other metal we choose) in the near future.

Mention alchemy and it conjures up images of long-bearded medieval types in a crude laboratory with heating apparatus and more than touch of cabbalistic symbology. But alchemy can be traced back almost 1500 years ago to Egyptian Arabs who swore that through its own mystical form of chemistry base metals could be turned  into gold.

The key to accomplishing this scientific magic was known as the philosopher’s stone, which was a powerful essence that was also sometimes known as the universal solvent that was alleged to possess magical properties that allowed matter to be transmutated. Over the course of the Middle Ages, the alchemist became a figure of tremendous stature who would be courted by powerful men and women throughout Europe who were eager to discover a source of wealth that was easy and unlimited. It appears that most alchemists, worked harder to create a sense of mystery and awe and keep the gold flowing into their coffers than they did to actually undertake serious experiments to turn anything into gold.

Why would a scientific process that never actually worked remain so viable for so long? For the same reason that so many people turn to dietary or cosmetic or astrological or mystical products and services that don’t appear to work today. The allure of the potential that alchemy actually might one day work was a greater influence on the Medieval mind than any actual proof or evidence.  people wanted to believe in it. Remember, this was a period of great faith in not just God, but religious leaders. Because gold was much more tangible than everlasting salvation then alchemists could also be seen as guru-like leaders. The connection between alchemy and religious faith is tangible as well; over the centuries the science began to move ever more strongly toward the spiritual. The philosopher’s stone eventually began to take on the property of transmutation of a much higher sort than turning lead into gold. It soon became to be believed as having the power to confer immortality. The Rosicrucian movement was a melding of spiritualism and alchemy at its simplest.

By the late 1600s alchemy had pretty much enjoyed its long run and was shunting into the sidings.  However it was not all futile- the “father of chemistry” was originally an alchemist, Abu Musa Jabir ibn Hayyan. He’s credited with the discoveries of hydrochloric, sulfuric, and nitric acids, as well as over twenty pieces of lab equipment (the retort and alembic, to name two). This was all done in the midst of his alchemical pursuits, so the pursuit of alchemy isn’t entirely useless after all!

Even today there are many who remain convinced that not all alchemists were frauds and somewhere there lays hidden confirmation of the claims of those Arabs in Egypt. Alchemists thought that all metals were a mixture of gold (the purest of all metals), sulfur and mercury (“impurities”), in different proportions. The reason that they thought they could turn other metals into gold is because they thought these other elements contained gold in the first place, which we now know they don’t. Even if it was possibel, the transormation of metals is a nuclear process, not a chemical process. Early alchemists wouldn’t have been able to perform the processes necessary to actually change one element into another. Can we do that today, or perhaps tomorrow?

Radioactivity is the key to today’s alchemy. What happens in a nuclear reactor? Uranium is transmuted into plutonium, caesium, strontium, barium, iodine, krypton and xenon, to name but a few elements. These often decay to other stable elements through various radioactive processes.Such nuclear reactions are used to produce americium-241 for use in household smoke detectors, technetium-99 for use as a radioactive tracer in health care, and in production of plutonium-239 – the isotope
of plutonium used in nuclear weapons. 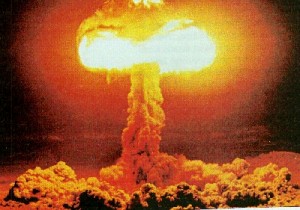 In 1980, Glenn Seaborg was successful in transmuting minute quantities lead to gold, possibly via bismuth. In 1972, Russian scientists found that the lead shielding of an experimental nuclear reactor near Lake Baikal in
Siberia had unexpectedly turned to gold! Unfortunately such gold is likely to be radioactive, and would decay back to stable lead, whilst releasing dangerous radiation. Hardly practical.

A possible route to gold would be from mercury. If mercury of its various naturally occuring isotopes could be made to capture neutrons, the resulting nuclear decay chains would eventually yield gold-197, the most
common naturally occuring gold isotope, and be perfectly stable.

The neutrons used in this process would need to have a massive energy  in order for a complete transmutation of the mercury to occur. These energies are well within the capabilities of nuclear reactors however the gold is likely to be contamiated with other radioisotopes. Particle accelerators could therefore be the alternative… However, as the atoms of mercury are mostly empty space with a central nucleus, most of the neutrons will pass straight through the target. This makes the process of transmutation slow, and highly demanding of energy. The cost of this energy far outweighs the value of the gold produced and the transmutation is therefore not economically viable. 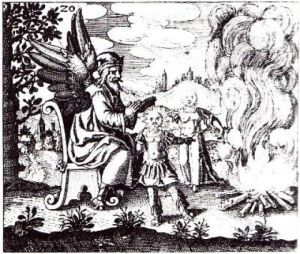 In conclusion, It is clear that the future of alchemy, as far as transmutation of elements goes, lies in nuclear physics. Indeed the nuclear industry could be considered to be a form of alchemy, as it utilises elemental transmutations on a daily basis. But why bother if there’s no economic or other benefit to creating a bit of gold from a lot of metal for an awful lot of effort and resource?

As for the Philosopher’s Stone, is such a material possible? It has been theorised that the fluoride salt of the super heavy element with Z = 126 would be able to release the energy required for the mercury to gold transmutation. Of course, such a super heavy element is still theoretical, but if produced, could be the modern day Philosopher’s Stone.

So, don’t write alchemy off completely- a form of it is happeneing today, and we may yet turn up something that will re-open the possibility of turning base metal to gold… 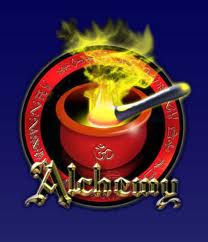