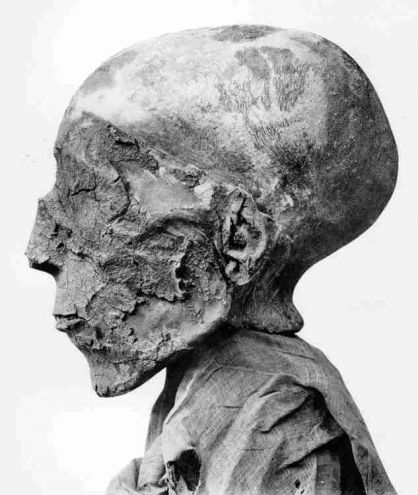 While practical medicine existed in ancient Egypt, that alone cannot account for the proportionately high number of pharaohs,  priests, senior figures and civil dignitaries who are record as having lived to 100 years old, and sometimes longer.  An infamous text written at the time gave a break down of the 100 years: The first ten years are spent as a child and by the end of it you should have learned about life and death.  The next ten years are “training for life”. The ten after that are spent earning and gaining possessions (for the afterlife, and to raise a family), The next ten years, from 30-40 are spent preparing for old age, while the remaining 60, are given to Thoth, one of the Egyptian gods, shown here:

It seems as though the reward for diligence and adherence to spirituality and faith, was longevity. Indeed it seems clear that old age was revered by the ancient Egyptians, because of the amount of knowledge, experience and wisdom older people accumulated and dispensed.  It was thought that old age was a reward for exemplary devotion to the Gods, and of course good service to the Pharaoh and the State, which was also totally bound up with religion.

While there were frequent deaths in childbirth, children and young men (excepting war of course) it seems that once the watershed of 40 had been reached, an elixir of life, or at least an elixir of life extension, was received from the Gods. And not just reaching 100.  110 seems to be a common age attained by rulers, priests and notables. It is mentioned in many documents and records, and seems particularly prevalent during the 5th, 6th,  19th and 20th dynasties- dynasties noted particularly for their religious fervour, mysticism and spirituality.

But perhaps in earlier times, man lived even longer. The bible says that God designed man to be eternal- and only Adam sinning in the Garden of Eden caused mortality. As it stands, Adam didn’t have a bad life in terms of longevity: The Bible says he lived to the exceedingly ripe old age of 930, surpassed only by Methuselah, at 969! Just before the Flood, God reduced man’s lifespan still further… to 110 years.

Pepi II ruled for an incredible 90 years- the longest rule by any monarch, and died around 100 years old.  The great Rameses II also lived into his 90s. 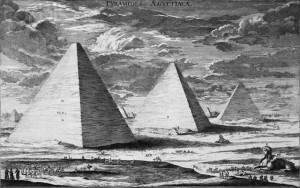 Some students of this phenomenon of longevity claim that the combination of devotion to the Gods,  a generally healthy lifestyle in terms of food and exercise, is only part of the explanation.  They say that the temples themselves radiated life-extending waves, and that the Pyramids, by their very construction and symmetrical perfection, acted as a magnet, or a focus for the Gods’ blessing and thus created optimism and long life among those in Ancient Egypt.  Of course records do not detail how many of those not in the ruling classes lived to a ripe old age,  but the Egyptian Empire was long-lasting by anyone’s standards, and according to some Egyptologists, only declined when the priests and the people started to desert the “old” gods, and combine them with ones from other cultures. This watering down of their devotion led to the Gods deserting the people.

One thought on “Ancient Egyptians: Longevity through Spirituality?”