Autobiography Of A Yogi 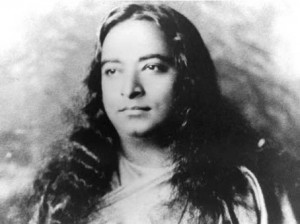 Do you belief in miracles? If you don’t, you will after you read this. Whatever your religious orientation, the Autobiography of a Yogi

is a fantastic account of spiritual miracles. This review from Amazon by Noniere Meuse is a great summary of the essence of this outstanding book:

This is the story of one man’s training in one of the esoteric Traditions of India. It was Yogananda’s task to bring that particular Tradition (spiritual path) to America so that, in the fullness of time, the Wisdom of the East can transform the Activity of the West.

We are used to thinking of Traditions as eternal but in fact they come and go. More accurately, they are obscured from human gaze until humanity has matured enough to utilise them. Although ancient, the Tradition to which Yogananda belonged was withheld from the human sphere until the mid-nineteenth century when it was revived by Yogananda’s Guru’s Guru’s Guru.

The book describes in detail not only the remarkable Being in who’s ashram Yogananda was trained but also the others in the lineage. Although the outward appearance of such Beings is unexceptional, they are transformed at the level of consciousness and are capable of feats far beyond that of ordinary mortals. When he died, for example, Yogananda’s Guru materialised before him a physical body indistinguishable from the one Yogananda had known – one which he could actually embrace.

At the head of this lineage is Mahavata Babaji – the Deathless Guru. He remains in obscurity in India accessible only to those who are ready. He will remain upon the physical plane until “the end of the Age” which, I guess, in the language of Theosophy, is the end of the current 5th Root Race.

The Tradition which Yogananda brought to America is that of Kriya Yoga. It is billed as a scientific method – with the precision of mathematics – of bringing rapid Enlightenment to the individual who practises it. A correspondence course is available from the Self-Realisation Fellowship in America with application forms on the website at: yogananda-srf.org

In addition to the above, the book contains chapters on Yogananda’s meeting with Gandhi, Non-eating and Sleepless Saints and Therese Neumann the Catholic Stigmatist who effectively neither ate nor slept – a remarkable feat before the advent of the Xbox.

Before I read this book I assumed Yogananda was just another Eastern Geezer peddling unassimilable spirituality to an non-critical Western audience. Now I think that assumption was a little hasty. Although his devotion to his Guru is comical to the Western mind and his mode of expression is of a bygone age Yogananda has something to say to those who have an open mind as to the nature of reality. The whole point of the book as far as I’m concerned is to show clearly that the materiality of the West is not the complete picture and that the so called miracles of the East are possible for anyone who is prepared to investigate the phenomenon in a scientific manner. The Eastern Yogi knows that science is not just about the investigation of the physical world and that rational thinking is equally applicable to the investigation of inner phenomena. For a phenomenon to be investigated scientifically it must be repeatable – and that is the explicit promise of Kriya Yoga. Hopefully the correspondence course will open for many the gates of Internal Science which have remained closed for so long and give them their first indications that the claims of the ancient sages is reality based – that scientific rigour and intuitive perception are the two sides of the same coin.

Race you to Enlightenment!

7 thoughts on “Autobiography Of A Yogi”