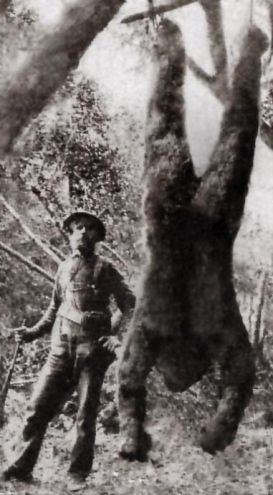 Sightings of Bigfoot crop up with fair regularity, and there are Sasquatch sceptics and Sasquatch supporters. But it’s not often a dispute erupts based on scientific evidence.

Texan Melba Ketchum says that she has spent five years studying DNA samples of the Bigfoot and says that she can prove from samples of hair, blood, saliva and urine from America’s woodland cousin of  the abominable snowman. A team called DNA Diagnostics, under her lead, claims that the mythical animal is a human-primate hybrid. A MonkeyMan if you will.

Not only that but she has asked the US Government to recognise the Bigfoot clan as an indigenous people who require offical protection. As part of her bid for recognition of Bigfoot’s rights, her group have published a 19-second clip of a ‘sleeping bigfoot’ recorded in Kentucky in 2005. It has not explained the context of the clip or why it took eight years for the 19 seconds of footage to emerge. 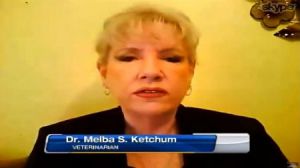 Of course her research requires scientific peer recognition and confirmation. And there’s the rub. Well-known and highly regarded scientific journals have refused to dso this- and she claims this is because they fear a backlash from sceptics who want to avoid the truth.  She complained:

“Several journals wouldn’t even read our manuscript when we sent them a pre-submission inquiry.”

Her claims and supporting information was finally published in a magazine called  the ‘DeNovo Scientific Journal’, but other scientists who say the journal is a stooge for Ketchum’s data. And they may be right: Ketchum has now admitted buying the rights to the journal and renaming it, but insists her research was peer-reviewed and accepted before she did so:

“After this journal agreed to publish the manuscript, their legal counsel advised them not to publish a manuscript on such a controversial subject as it would destroy the editors’ reputations (as it has already done to mine).I have documentation on all of this drama.

So, rather than spend another five years just trying to find a journal to publish and hoping that decent, open minded reviewers would be chosen, we acquired the rights to this journal and renamed it.”

Sadly for those like me and  Fox Mulder who want to believe, such actions hardly inspire confidence. I think we have a way to go before Bigfoot gets it’s own branch of evolution, protection, and a reservation to raise Bigfoot Chimps in peace. 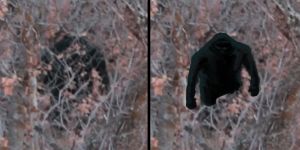