Black Holes May Spell our Doom Sooner than we Thought 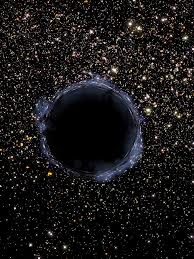 Forget being hit by a massive meteor, nuclear holocaust or global warming drying up the planet, it could well be that the biggest threat to human existence is being swallowed by a black hole.

We have known for some time that there are huge black holes at the centre of our galaxy, but recent research indicates that they are growing at an alarming rate. Black holes are initially formed by stars as they collapse, when their matter is compacted by gravity into a very small area that then sucks in neighbouring matter and allows nothing, not even light, to escape.

The biggest black holes are found at the core of all galaxies, and they are almost unimaginably massive – some contain 17 billion  times bigger than our sun. According to Space.com there is one particularly hungry black hole in the galaxy known as the Sombrero Galxay (on account of its shape seen from earth), M104. It consumes the equivalent of one star every two decades.

Originally it was thought that black holes only expand when they are “fed” new matter when galaxies collide which happend pretty infrequently. But new evidence indicates that black holes regularly snack by small meals of gas and other types of matter, and are therefore always expanding.

Simulations run by the University of Central Lancashire in the UK show that supermassive black holes, including those at the centre of  our own Milky Way, are more likely to grow in efficient, gradual terms and not in dramatic bursts. But this constant growth means that they are expanding continuously, and the nearest one to us could consume our solar system. Not today, not tomorrow, but in a relatively short amount of time, cosmically speaking. 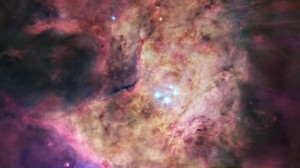 This photo from the Hubble Legacy Archive shows the Trapezium, four closely packed stars found inside the Orion nebula, some 1,500 light-years away.  Within it is V4641 Sgr a black hole, which in cosmic terms is close, but not actually on our door step. Yet.

Watch the skies (although black holes, cannot be seen directly, only by their effects on neighbouring celestial bodies.