Can Life be Sustained on Jupiter’s Moons? 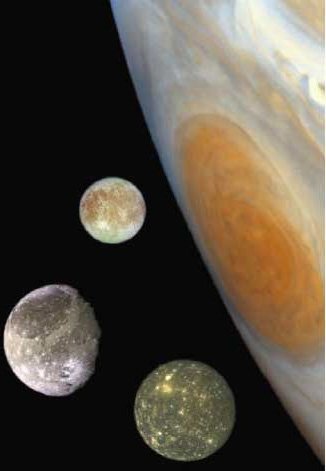 The European Space Agency is filling the vaccuum left by NASAs scaling back of cosmic exploration with a planned launch of a satellite to Jupiter’s moons in 2020. It’s called Juice.

Juice is a proposal to study Jupiter’s moons to see if life can be sustained there. It  envisages an instrument-packed, near five-tonne satellite at launch that would be sent out to the Solar System’s biggest planet, to make a careful investigation of three of its  moons. The object is to see if they could sustain life. Juice? Is this about some new fuel propulsion system? No. It just stands for JUpiter ICy Moon Explorer!

However, formal selection of the concept will have to wait until May when a key European space committee will make the final decision.

The satellite would make close flybys past the ocean-bearing moons of Callisto and Europa, before orbiting Ganymede, the largest moon in the Solar System. The ESA plans to closely study the environments of those worlds, and assess whether the moons could host life. 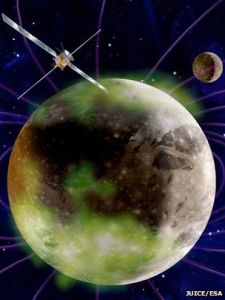 The spacecraft itself would be powered by solar panels, and would pack cameras, spectrometers, a sub-milimetre wave instrument, a laser altimeter, an ice-penetrating radar, a magnetometer, a particle package, a radio and plasma wave instruments. 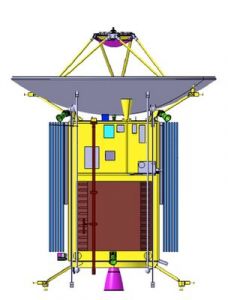 Although Europa is covered in a thick crust of scarred and cross-hatched ice, measurements made by NASA’s Galileo spacecraft and other probes strongly suggest that a liquid ocean lies beneath that surface. The interior is warmed, researchers believe, by the tidal stresses exerted on Europa by Jupiter and several other large moons, as well as by radioactivity.

Most scientists believe that the subEuropan seas are locked under tens of kilometers of ice.  Heat is then conducted from the warm core by bulk convective motion of ice – huge chunks of frozen material literally carrying the heat away with them as they move up through the icy layer, shuffling and refreezing as they dump heat into space.

But Jupiter’s Europa, a similar size to Earth,  might not only sustain, but foster life, according to the research of  University of Arizona’s Richard Greenberg, a professor of planetary sciences and member of the Imaging Team for NASA’s Galileo Jupiter-orbiter spacecraft.

Tides also play a role in providing for life. Ocean tides on Europa are much greater in size than Earth’s with heights reaching 500 meters (more than 1,600 feet). Even the shape of the moon is stretched along the equator due to Jupiter’s pull on the waters below the icy surface.

The spacecraft would use the gravity of the gas giant to initiate a series of close flybys around Callisto, Europa, and then finally to put itself in a settled orbit around Ganymede.

Emphasis would be put on “habitability” – in trying to understand whether there is any possibility that these moons could host microbial life.

Juice will cost ESA on the order of 830m euros (£695m; $1.1bn). By the time national agencies – the different countries in Europe – have contributed instruments, the total mission cost will exceed one billion euros.

The satellite would launch in June 2022 on an Ariane rocket from French Guiana, taking almost eight years to reach the Jovian system (2030). The initial mission duration, before any extension, would be three years. The mission itself could not detect any life but it would provide better insights on the type of conditions that any lifeforms present might face. But the habitability question is just one aspect of Juice. Another absorbing line of inquiry is what these moons could tell us about planets beyond our Solar System. The large numbers of so-called exo-planets now being detected could look very similar to the Galilean moons. 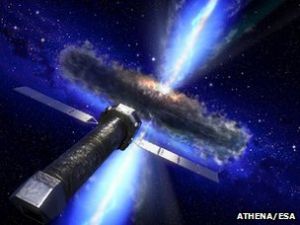 An interesting issue following a selection of Juice would be what level of participation might be offered to the Americans.#: Juice was originally conceived as one half of a double mission with Nasa in which the US would concentrate on Europa while the Esa satellite majored on Ganymede. Nasa then walked away from that idea and told its scientists it did not have the money to even consider a Europa orbiter until the 2020s at the earliest. This forced the Juice team to modify its proposal to pick up some of the lost American science, including instituting two flybys of Europa in its mission timeline (in 2031). 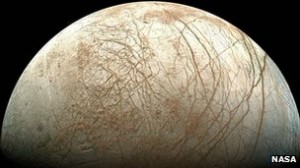 The American scientific community will be champing at the bit to get involved in some form. Such matters would be discussed after selection, on May 2nd,  but before the formal “adoption” of the mission and the release of industrial contracts to start building the satellite. This could be at least a year away.