It is not unusual to find many early Christian artefacts adorned with rock crystal as an energiser of the “Word”. Many different gemstones where used to glorify different artefacts such as crosses, chalices, shrines and altars. The use of rock crystal and quartz was to enliven an object, and by kissing the object, say a bishops ring, personal favour would flow and grace be given. The stone age man used crystals to constract circles, dolmens and standing stones. 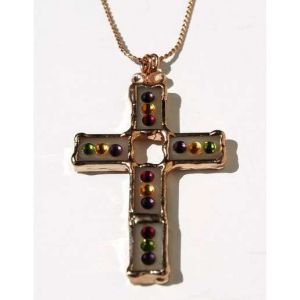 Mystical crystals have the ability to transfer positive energy and elements from each specific type of crystal to the person that is being healed through the crystals. Used through therapies that include individual crystals and combinations of crystals that are combined in pouches and worn on various parts of the body, used through chakra therapy to create alignment through the body, mind and soul and even used through amulets to focus energy upon while being held, there are a number of options that can be seen to integrate the power of crystals into your life.

Other methods that crystals are used through therapy include the use of wearing crystals on the body, in pouches or jewelry. Crystals can be worn on the body and included in pouches as one type of crystal or combinations of crystals that can be used as part of the treatment.

Crystals have the ability to heal within the body and through the mind, but it is important to understand the basics before attempting to heal with the crystals, as this will ensure that the best results are experienced through the healing process or the attempt to align the chakras with the help of crystals. Understanding how the crystals are charged and activated, as well as how the crystals should be cleansed of the potential vibrations that they can absorb from the environment around them is an effective way to obtain the best results from crystal based healing treatments.
Powerful Isochronically Charged Crystals