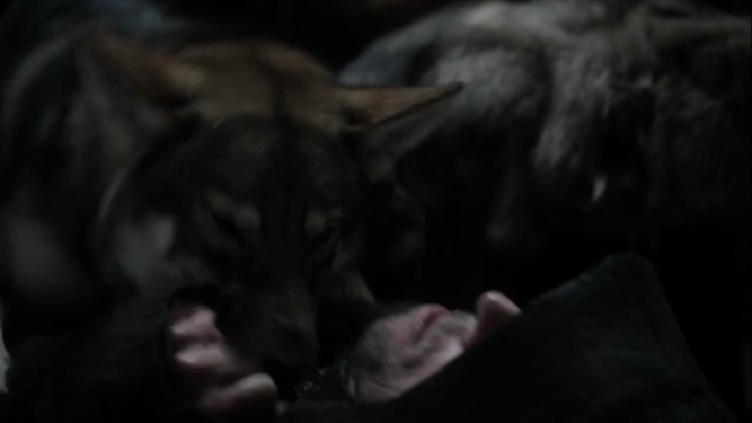 In HBO’s “Game of Thrones” based on the hugely successful fantasy novels of George RR Martin, six direwolf pups are found beside their dead mother and are given to the six children of Lord Eddard Stark of Winterfell, for them to rear and train. In the books An adult direwolf can grow as large as a small horse, and can rip a man’s arm from its socket. Physically they are not simply larger versions of wolves, but have slightly different proportions than their smaller cousins: their head is larger with a more pronounced muzzle, their legs are shorter, and they have proportionately larger teeth that are often used to crush bone. 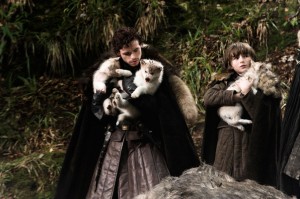 Fans of the Series have been arguing on the social networks as to whether direwolves do or did exist in reality, as well as in the fantasy setting of Martin’s books, Westeros. They did, as the species Canis dirus, the Dire Wolf, but differ somewhat from the Westeros Direwolf. 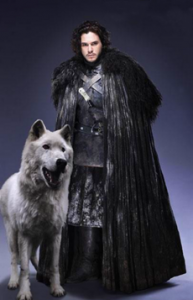 The dire wolf (Canis dirus) is an extinct carniverous mammal and was most common during the Pleistocene epoch 10,000 years ago. Although the Dire wolf was closely related to the common Grey Wolf, Canis dirus is not the direct ancestor of any species known today. The Grey Wolf,  is of Eurasian origin, while the dire wolf evolved on the American continent. 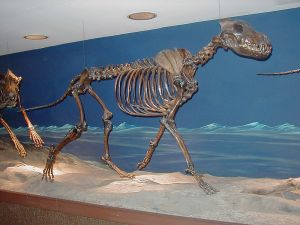 The Dire Wolf was larger than the gray wolf, averaging about 1.5 metres (5 ft) in length and weighing between 50 kg (110 lb) and 79 kg (174 lb). Despite superficial similarities to the Grey Wolf, there were significant differences between the two species.
However it was noweher near as large as the fantasy Direwolf.

The first specimen of a Dire Wolf was found by Francis A. Linck at the mouth of Pigeon Creek along the Ohio River in 1854,but most fossils have been recovered have been from the La Brea Tar Pits in California. Many hundreds in fact: 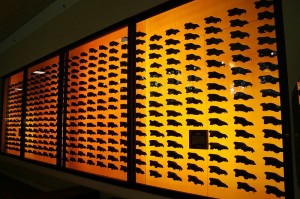 It is clear that the inspiration for the Direwolf in Game of Thrones came from the extinct Dire Wolf, but its size, and ferociousness has been exaggerated for greater effect in the books and in the HBO Series.  Real dogs were used for the first series of the Game of Thrones, but as they have grown in size, CGI will take over some shots in Series Two.

Direwolves are important in the novels as the Direwolf is the sigil of House Stark, one of the main houses in Westeros, and come from the frozen wastes in the North of Westeros. The motto of House Stark is “Winter is Coming” and the Direwolves being found are an omen that something unpleasant is coming down from the snowy wastes. We may see what this is in Series Two. 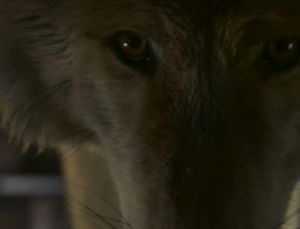 So while some viewers of the Series, and readers of the books may have wished that the origins of the fantasy Direwolf lay in a huge pony-sized wolf that hunted in packs 10, 000 years ago, I have to disappoint you. The Dire Wolf wasn’t much bigger than the Grey Wolf.

But what about the Dire Mammoth I hear you ask…?