Do Some People Attract Lightning? 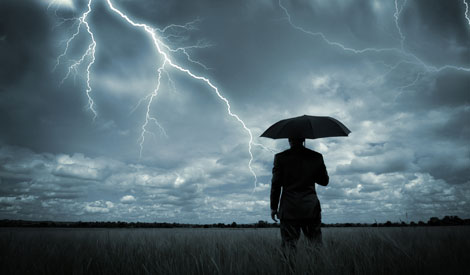 There is a saying that “lightning never strikes twice in the same place.”  That is obviously absurd, as lightning regularly strikes tall buildings, particularly those with lightning conductors, several times during a storm.  But what about people? There are people who have been struck by lightning, or had near misses, more than once.  While some people claim to have been struck twenty times or more,  there isn’t corroborating evidence. However there are a few people who have witnesses to their being struck by lightning more than once, and even have the medical records to prove it.

Are such people just desperately unlucky, or perhaps hang about in places likely to be hit by lightning (such as under a large tree on an otherwise featureless Golf Course, or working on scaffolding atop a tall building)? Or is there something in their physical or mental make-up that attracts lightning to them? Perhaps they have some kind of freakish magnetism that draw electricity down from the sky? 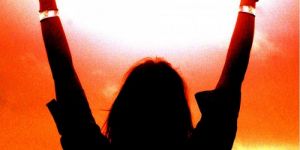 The human body does conduct electricity. Not as efficiently as metal but flesh, bone, blood and water are not  insulators. If you are unlucky enough to have a large amount of metal in your body- for example following an injury or accident which requires pins, plates or titanium spine rods, then there is a very slight increase in your susceptibility to being struck by lightning. But that would only be a factor of lightning were about to strike an area anyway, and there were a group of people in that area, one of whom had the robo-cop parts. That metal would have no effect on drawing lightning down to that particular area, only perhaps focus a strike on the person if it was going to hot that area anyway.
Lightning is very, very highly charged and the charge will attempt to flow down to the ground from the clouds where the charge has built up to a sufficient level. Lightning tends to strike a lightning rod before it will strike something below the lightning rod because it is looking for the easiest conductive path to the ground. Even if a person were to have a supercharged body pulsing with electrons, it would still be insufficient to attract lightning from the sky. 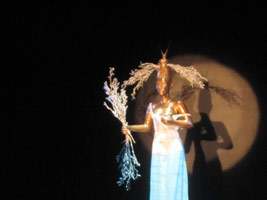 But a final word. Almost all people who have been struck by lightning and survived said that a few seconds before they were hit, or  an object near them was hit, their hair on their heads and bodies, prickled and stood on end. This static electricity can be the precursor to a lightning strike, and therefore you should drop anything metal you are holding and lay flat on the ground and roll away from anything that might be struck, such as a tree or a mast.
Human Lightning Rods
Previous post
Next post

One thought on “Do Some People Attract Lightning?”