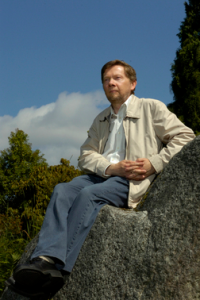 Born in 1948, in Lunen, Germany, Ulrich Leonard Tolle, played in the ruins of buildings bombed during the war a few years earlier. His parents separated, and he experienced a hostile and uncaring environment at his school. At 13 he moved to be with his Father in Spain, and instead of attending school, he studied literature, language and astrology at home. He moved to England at 19 and both taught languages and studied philosophy and psychology. He studied at the University of London, and researched at Cambridge University. He said that during much of these first 29 years of his life, he was depressed, unhappy and even suicidal.

Yet from these humble, unhappy and inauspicious beginnings, a world-renowned and admired inspirational philosopher, teacher and visionary would emerge, and would write a first book (The Power of Now) which would reach the New York Times Best Seller list and sell 3 million copies by 2009. What happened? He experienced a Paul on the Road to Damascus type revelation- a life-changing transformation- one night in 1977 awaking from sleep. He thought he could no longer live with himself, and then immediately questioned who the “I” was, who was the “self”? Tolle felt drawn into a void, within which his self, with all its problems and issues from the past, and fears for the future, just melted away and his self disappeared. His “I”, the real inner being, separated from the self that he wanted no longer to be part of. In the morning he woke to a peace, and state of bliss, that he had never before experienced; the peace of having lost his self, and of discovering a new level of consciousness and interaction with the world. He changed his name from Ulrich to Eckhart (Meister Eckhart was a German philosopher and mystic).

He began to be consulted and approached by his Cambridge student colleagues, and over the next five years by many others. He had evolved into becoming a counsellor and spiritual teacher, and moved to Glastonbury, a place of spiritual significance and an alternative lifestyle in the West of England. He later settled in Vancouver, Canada.

Tolle’s first book, The Power of Now sold slowly to begin with, but by word of mouth, particularly from Oprah Winfrey who recommended it in her magazine “O”, it topped the New York Times Bestseller list in 2002, and has been translated into many languages. Tolle’s subsequent books continued to be highly anticipated and sought after; Stillness Speaks (2003) and A New Earth (2005).

In May 2008 Tolle’s association with Oprah Winfrey strengthened with weekly Webinar sessions including discussions between them, silent meditations and answering questions from viewers, who topped more than 11 million.

Unlike some other self-styled gurus, Tolle said that he had no intention of creating a self-serving central organization or heavy commercial structure, believing that by travelling and teaching personally at seminars and retreats, it was easier for attendees and listeners to develop themselves organically.

It’s not possible in a short article to do justice to the messages that Tolle gives in his books, appearances, and other media. In his own words; “A true spiritual teacher does not have anything to teach in the conventional sense of the word, does not have anything to give or add to you, such as new information, beliefs, or rules of conduct. The only function of such a teacher is to help you remove that which separates you from the truth … The words are no more than signposts.”

In essence Tolle encourages us to pursue the spiritual substance rather than the extraneous matter which can be divisive (which can include religious rituals and doctrines). He says that the primary source of unhappiness is not the situation, but our thoughts and reactions to it. It’s not difficult to see the origins of this thinking given Tolle’s early miserable life.

He says it’s necessary to rise above dysfunctional ego-based consciousness (the “self” that he wanted to separate from that night in 1977 and awaken our spiritual consciousness, in order to move on to our next stage of human evolution. This will not only make people happier, it will bring an end to greed and conflict. 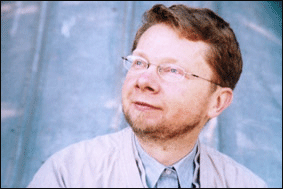 Tolle draws upon teaching from Zen Buddhism, Sufism, Hinduism and the Bible, and of course from his own experiences, and those of the people around him. The English Observer Newspaper called his books “a mix of pseudo-science, New Age philosophy, and teaching borrowed from established religions”.They were trying to be sceptical and disapproving, but therein lay one of the great strengths of Tolle. This is not some new-fangled personalised philosophy dreamt up and marketed for personal profit and gain, in competition with the many others touted around, this is a re-interpretation, or perhaps clearer translation of a number of strands of spiritual existence, which unsurprisingly, have been recognised in other great spiritual works and leaders.

My recommendation is to dip your toe in the water and read one of his books. Given the number of rational people who appreciate him, and praise and follow his advice (he would not use the word “teachings”) there is clearly something of great merit here to discover- if you haven’t already! Try Eckhart Tolle TV