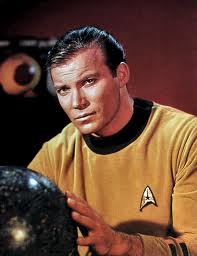 Continuing our look at the great and the good that have gone on record as having seen a UFO.

Famous United States news anchorman for CBS Evening News for nearly 20 years, Walter Cronkite was part of a news team in the 1950s that were covering the testing of a new military missile on a remote island in the Pacific. Just before the launch a large “disc type” UFO appeared. The object was estimated to be 50-60 feet in diameter with a dull grey color and had no visible means of propulsion. This disc then hovered 30 feet off the ground then suddenly sent out what was described as a “blue beam of light” which struck: the missile as it lifted off, a military guard, and also a dog. Now hold you horses this gets even better: The missile was then frozen in mid air as was the guard and the dog (in mid-air) that was jumping at the UFO. 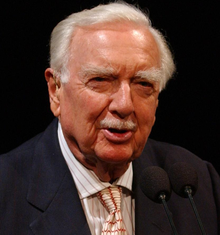 The sighting concluded when the missile exploded prematurely, and the UFO disappeared. The military cobbled together a story that this was a staged mock sighting to test the media’s reaction to UFOs. Cronkite (and others) were convinced that the craft was of an extra-terrestrial design with temporal suspension beam technology.

300 years earlier the famous English astronomer, Sir Edmund Halley who discovered Haley’s Comet,  recalled two accounts of “unidentified crafts.”  His first sighting came in 1676 when he saw what he called a: “Vast body apparently bigger than the Moon.” Halley estimated that the craft was 40 miles above him and he commented that this craft made a noise “like the rattling of a great cart over stones.” Sounds like my Volkswagen engine on a cold morning! Unlike my car, Sir Edmund calculated the speed of the UFO as being 9,600 m.p.h.

Actors and celebrities have also had their fair share of sightings: It is claimed that William Shatner, who played Captain James T. Kirk in the television series Star Trek, may have seen a UFO and perhaps even have been abducted by its occupants! An author named Dennis Hauck wrote an unauthorised biography of Shatner, called Captain Quirk, in which he portrayed Shatner as an arrogant and unpleasant individual, disliked by his fellow members of the Star Trek cast. |However Hauck said that Shatner had revealed that he was abducted by aliens in the Mojave desert. Shatner was his motorcycle with some friends through the desert when he became separated from them when his bike packed up. He walked for miles to find a petrol station and just as he found one, he noticed saw that there was a flying saucer hovering over it. Then things started to get hazy and he seems to have fainted. Was he beamed up into the craft and had experiments conducted on him? We only k ow that shortly after this incident he began losing his hair at a much faster rate than before… 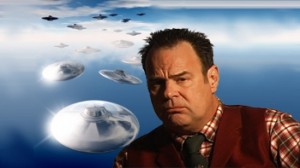 Ghostbusters and Dragnet actor Dan Aykroyd is fascinated by UFOs. He thinks he may have spotted some ground-based aliens once, while on the phone to Britney Spears.

Finally there were reports that a UFO was seen hovering over the mourners of Elvis Presley when his coffin was interred in the grounds of Graceland.