Girl Who Never Grows Old may hold Key to Immortality 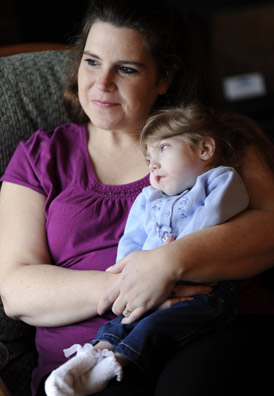 Gabrielle (Gabby) Williams from Billings, Montana, United States, is 9 years old, but weighs a mere 11 pounds. She has the appearance of an infant and needs constant attention as if she were newborn- having her nappies changed and being fed a number of times each day. Her skin is baby-like and her hair is fine-textured. There has been some slight growth over four decades- she now needs clothes to fit a baby of 3-6 months instead of up to three months. 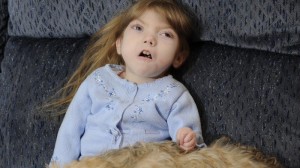 People with this condition are very rare- scientists haven’t even got a name for it. Only two other people with a similar condition have been found: a 29-year-old Florida man with the appearance of a 10-year-old, and a 31-year-old Brazilian woman who still looks like a three year old.

So far the search for clues as to why these individuals don’t age and what they have in common have not uncovered their secrets. 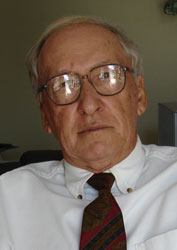 Dr Richard F Walker (pictured above) has been studying Gabby’s case in the hopes of finding a reason for the arrested growth and perhaps unlock a path to eternal youth and immortality. He is retired from the University of Florida Medical School and now does his research at All Children’s Hospital in St. Petersburg.

Dr Walker has called the condition “developmental inertia”. He said that without the process of growth and ageing, a human would never develop and remain stunted and unfulfilled. But if there is a gene responsible for this condition, and it could be identified, isolated and modified, then there is a possibility that the most obvious effects of ageing could be arrested or slowed considerably.

Walker said he believes he has found one of the genes responsible- a mutation on the second female X chromosome. The trick would be to allow growth to a certain level, for example maturity, and then halt further growth and ageing. This “biologically immortality” would not prevent people dying from disease and in accidents. They would not become superheroes.

Gabby’s parents admitted that they were concerned at first that Dr Walker was using their child to find the fountain of youth for vanity purposes, but he explained to them that the research was focused on helping people who struggle with the hardships that come with old age. 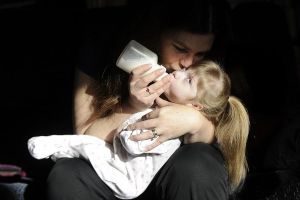 “Alzheimer’s is one of the scariest diseases out there. If what Gabrielle holds inside of her would find a cure — for sure we would be a part of the research project. We have faith that Dr. Walker and the scientific community do find something focused more on the disease of aging, rather than making you 35 for the rest of your life.”

Dr Walker  is currently Editor-in-Chief of Clinical Interventions in Ageing, a source of evidence-based information for practitioners of age-management medicine. He also heads a private consulting company providing regulatory and scientific services for physicians and other health-care professionals. Gabrielle Williams’ condition has since been confirmed to have been the result of a genetic mutation. Emulating or stimulating that mutation has, so far, evaded scientists and researchers, including Dr Walker.