God Is In The Gap

In his amazing book  How to Know God: The Soul’s Journey into the Mystery of Mysteries

, Deepak Chopra tells the story of how he recalls a phonenumber and the face of an old friend after an hour of mediation. He goes on explaining the mystery of the brain:

Brain cells are not constant. We are born with about half the the complementof neurons found in an adult brain; the rest develop between 6 months and two years of age. Each neuron is connected to every other through billions of threads that branch out into thousands of tendrils, known as dendrites, sprout at the end of the cell like a tree trunk sprouting branches(the word dendrite comes from the Greek word for tree).
Although it sounds fixed and stable, this network is constantly shifting. And even if a neuron could remain the same, growing no new branches, the signals streaming down the dentrites are never the same from moment to moment. Electrical impulses surge everywhere, shifting as we think new thoughts; our brains are like a telephone system with a thousand calls taking place every second. The main difference is that the cable lines of our nervous system are unstable, constanly changing their molecules with every moment of experience – both inner and outer.
The wires are notoriously nonstationary, since they are made not of copper but of fluid fats, water, electrolytesand the electrical charges running through them. Having a single thought is more complex than sorting out one message from all the telephone calls in the world. While we are managing that feat electrically, the brain also surges with chemical messages. One dendrite isn’t strung into another; there is always a tiny gap between them. Accross this gap, know as synapse, each message must find a way to cross; otherwise the neurons would be isolated and unable to communicate. Electricity doesn’t jump accross the gap – the voltages are much too tiny to accomplish this. Instead certain chemicals ere emitted on one side of the synapse and received on the other. These chemicals, called neurotransmitters, include dopamine and serotine. And these chaotic swirls of chemicals nd electrons, no one has ever found a memory. 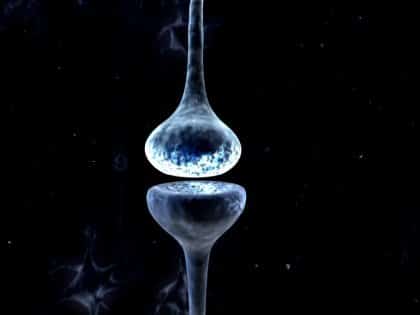 Memories are fixed. For me to recall Raols face, I have to retrieve it intact, not in bits and pieces. WHere do I go to do that? Certainly not in the firestorm of the brain. No single neuron in my brain has survived intact for twenty years. Like migrating birds, molecules of fat, protein, and sugar have drifted through my neurons, adding to them and leaving again after a time.

But do we really need a brain?

In 1980, Roger Lewin published an article in Science, “Is Your Brain Really Necessary?”, about Lorber studies on cerebral cortex losses. He reports the case of a Sheffield University student who had a measured IQ of 126 and passed a Mathematics Degree but who had hardly any discernible brain matter at all since his cortex was extremely reduced.

Instead of two hemispheres filling the cranial cavity, some 4.5 centimetres deep, the student had less than 1 millimetre of cerebral tissue covering the top of his spinal column. The student was suffering from hydrocephalus, the condition in which the cerebrospinal fluid, instead of circulating around the brain and entering the bloodstream, becomes dammed up inside.