Have “His Dark Materials” been found? 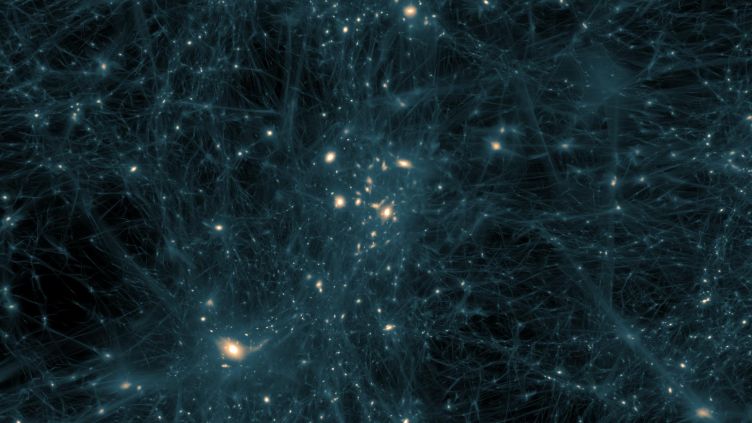 The search for what is now known as dark matter may have been going on for centuries. Early philisophers and alchemists quested for the thing that was present in everything. They cosnidered that if it could be discovered it could be manipulated to make base metals into gold, and even provide an elixir for immortality. The quest may be over- physicists may have finally found hard evidence for the existence of dark matter.

The American Association for the Advancement of Science in Boston will make an announcement in the next few weeks to co-incide with the publication of a report- if the final tests and analysis of data holds up.

Dark matter is thought to be the invisible bonding agent which makes up the bulk of the universe’s mass.  Its existence was first theorised pre-World War 2, to explain the way that galaxies expand and move in clusters. 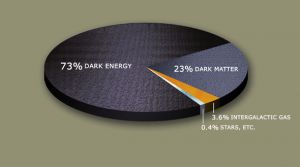 While dark matter seems plausible on paper, it hasn’t yet been possible to directly observe dark matter or know of what it’s made. However a machine called the Alpha Magnetic Spectrometer may well pull the covers away and expose dark matter. These experiments, combined with information coming out from the Large Hadron Collider collisions mean that we are close to achieving a new understanding of why what we see is really so small a slice of what there really is out there in the cosmos.

That’s big stuff, although personally, I’d still like to change up some of my cheap Indian brass plates to gold….

As for where the expression “His Dark Materials” comes from- it’s from the infamous poem Paradise Losy by John Milton:

Into this wilde Abyss,
The Womb of nature and perhaps her Grave,
Of neither Sea, nor Shore, nor Air, nor Fire,
But all these in their pregnant causes mixt
Confus’dly, and which thus must ever fight,
Unless th’ Almighty Maker them ordain
His dark materials to create more Worlds,
Into this wilde Abyss the warie fiend
Stood on the brink of Hell and look’d a while,
Pondering his Voyage; for no narrow frith
He had to cross. 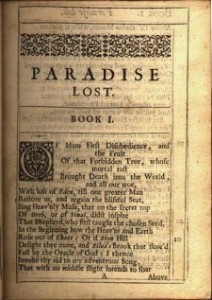