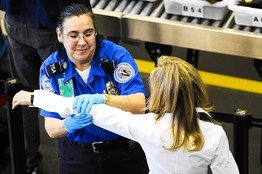 There have been a few sci-fi films where humans, or robots/androids constructed to pass as humans, have detonated themselves to cause destruction or assassination: Scanners and Total Recall come to mind. 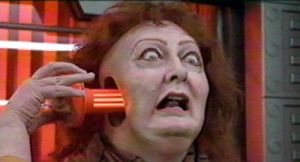 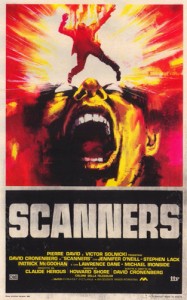 And the great Sci-Fi writer Philip K Dick has his finger on the pulse in his short story Imposter, where during a war between earth and aliens, the aliens have captured and re-conditioned a human and inserted a bomb in him to assassinate an earth leader.  Just the realms of sci-fi? Not any more…   If it wasn’t bad enough having to contend with suicide bombers trying to smuggle their home-made devices on board planes, it seems like a combination of biology, medicine and bomb technology have combined to up the ante to new levels with the spectre of a bomb being totally concealed inside a human body.

Western intelligence believes that Al-Qaeda doctors in the Yemen are being trained to be able to plant explosive compounds inside the bodies of suicide bombers. The likely positions are the chest (such as breast implant) and abdomen, and would consist of an explosive compound such as penta-erythritol tetranite (PETN)- picture below. The wounds would be allowed to heal, and then weeks or months later the bomber could board a plane and breeze through airport security. Once on board, the explosive mixture would be detonated by a self-administered injection. 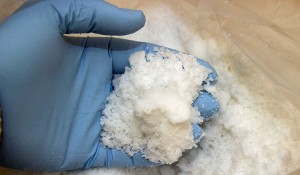 Such is the concern about this new threat, that a drone was sent to kill the doctor who originally conceived the techniques. Although he was killed, it is feared that bhe may have imparted the knowledge of this macabre development in elective human surgery and implantation, to others.

The injection required to detonate the compound does require some kind of needle or mini-gun, but this could be so samll as to now show up on scanners, especially if the syringe was made of a non-metal substance, such as hardened plastic.

One must assume that if people are willing to blow themselves in a plane to further the terrorist cause of Al-Qaeda, they would also be prepared to undergo this form of surgery, which carries inherent risks of leakage, premature detonation, and poisoning.

PETN has been used before in an attempt to bring down a passenger airline. It was the explosive that nearly brought down Northwest Airlines flight 253 and is extremely powerful, allowing terrorists to use only small quantities to cause enormous damage. And the colourless crystals of the substance are hard to detect if carried in a sealed container. Or a human body.

Richard Reid, the “shoe bomber”, tried to set off a PETN device – on an American Airlines jet to Miami in 2001 – and this summer a man tried to assassinate a member of the Saudi royal family after evading security detectors by hiding a PETN-based bomb inside his body.

“If you can lay your hands on a reliable source, it would be the explosive of choice,” said Hans Michels, an explosives expert at Imperial College, London. A little more than 100g of PETN could destroy a car.

The substance used to detonate the explosive compound would be nitroglycerin, again, unlikely to register on airport security scanners. 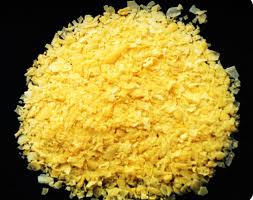 It seems that security services will need to up their technology in order to draw ahead of the terrorists and neutralise this new threat. Indian airports are taking this very seriously already. At major airports in India, airport and airlines staff has been asked to observe all flyers for the following signs: Difficulty in standing or walking, signs of pain while sneezing or coughing, difficulty in breathing, shallow or rapid breathing, signs of nausea or dehydration, signs of fever, smell of antiseptics and signs of bodily protrusions. Security agencies have also been asked to closely monitor passengers with surgery wounds and have been provided with guidelines to identify whether a wound is genuine or not.