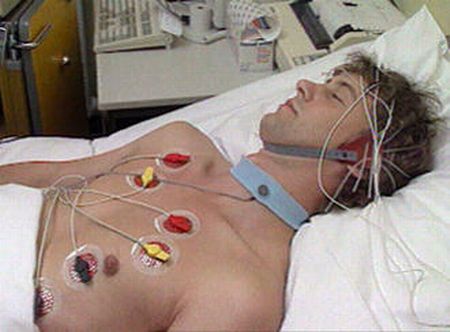 Hypnopaedia is the name given to sleep learning or sleep programming.  It means having something played to you while you sleep, and the subconscious absorbs some of what’s being spoken so that when you wake in the morning, you will have retained some of the information without consciously having to hear and memorise it. 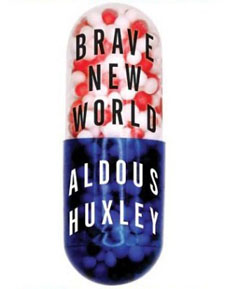 It began to grab headlines in the early 1950s, and books and classes sprung up everywhere. As in alchemy, the main objective appeared to be to keep the idea that it might work alive, rather than produce scientific proof that it did (or didn’t) work.

In 1956, however, US researchers Charles W. Simon and William H. Emmons thought it to be too ineffective and impractical, so the concept of hypnopaedia was effectively discredited for good. The researchers concluded that learning during sleep was “impractical and probably impossible.” They reported that stimulus material presented during sleep was not recalled later when the subject awoke unless alpha brain wave activity occurred at the same time the stimulus material was given. Since alpha activity during sleep indicates the subject is about to awake, the researchers felt that any learning occurred in a waking state.

But the idea still persisted and many people bought books or equipment to see if they could steal a march on the need for study, by learning while they slept. There are still internet sites today advocating learning through hypnopaedia, but even there, the claims made are very modest. 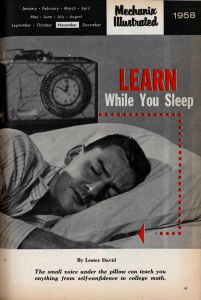 These sites say that sleep learning is one of the safer ways of feeding your subconscious with information. Unlike other techniques that might lead to less than favorable results, hypnopaedia presents no harm to the human mind. Ok, it’s not dangerous (unless you can’t sleep with the information coming into your ears, and you become ill with sleep deprivation!) But the 64000$ question, is, of course, has it been made to work since it was debunked in the 1950s?

Generally, and possibly sadly, the answer is no. Sleep programming has been known to help ease people into change. It’s definitley not some sort of miracle drug that can make anything happen in just one night; but it will gently get you to the place where you want to be. It may be that it prepares or pre-loads your brain ready to be able to absorb more information during waking hours, but as a means to learn and retain information while asleep, no. So if you come across books on the subject, you may want to buy them just as curios rather than any serious academic treatise in favour of hypnopaedia. 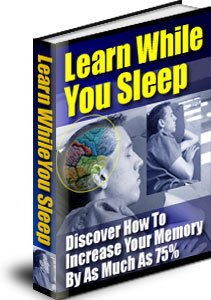 One thought on “Hypnopaedia”