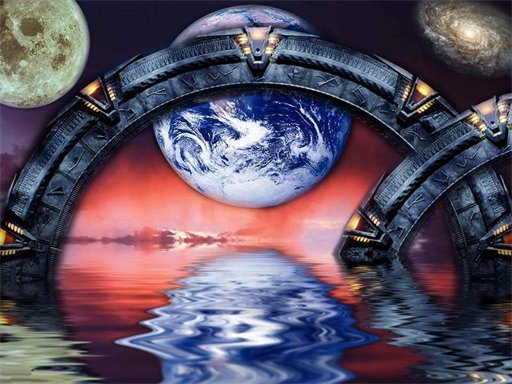 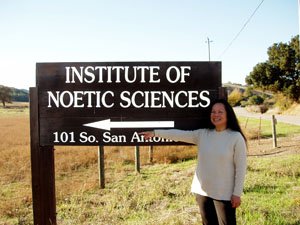 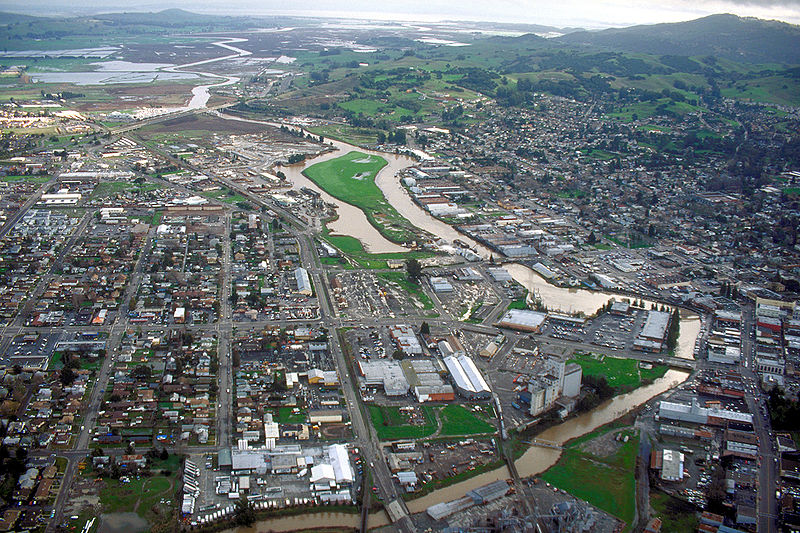 Petaluma, California – USA – Home to the Institute of Noetic Sciences – Aerial view to the southeast

OVERVIEW of the INSTITUTE OF NOETIC SCIENCES…contd.

The Institute of Noetic Sciences is not a spiritual association, political-action group, or a single-cause institute. Rather, IONS honour open-minded approaches and multiple ways of knowing, bring discernment to our work, and support diversity of perspectives on social and scientific matters. Through their publications, events, and educational media, IONS informs their members and the public about the findings of their frontier research on consciousness and its relationship to the physical world.

The institute’s work is dedicated to transforming contemporary worldviews on the relationship between consciousness and matter. The implications of their empirical research and community education efforts extend far beyond the laboratory and the lecture hall. IONS’ work speaks to a shift involving humanity’s deepest knowing and understanding of ourselves and our universe.

IONS’ Research and Education Department runs a wide series of Programs such as ‘Consciousness and the Physical World’, ‘Non-dual States of Awareness’, ‘Consciousness in Health Care’, ‘Mindful Motherhood’, ‘Transformative Practices and Well-Being’ or ‘The Science of Peace’ research program to name a few.

Supported by their in-house researchers and their extended faculty, IONS’ programs are contributing to the body of knowledge about the richness of humanity’s inner life and its effects on the world around us.

The vision for creating the Institute of Noetic Sciences came in 1971. Nations throughout the world had galvanized around the exciting frontier of space exploration. The potential for scientific understanding of the world seemed unlimited to a naval air captain named Edgar Mitchell. He was a pragmatic young test pilot, engineer and scientist; a mission to the moon on Apollo 14 was his “dream come true.” Space exploration symbolized for Dr Mitchell what it did for his nation as a whole—technological triumph of historical proportions, unprecedented mastery of the world in which we live, and extraordinary potentials for new discoveries.

But it was the trip home that Mitchell recalls most. Sitting in the cramped cabin of the space capsule, he saw planet Earth floating freely in the vastness of space. He was engulfed by a profound sense of universal connectedness—an epiphany. “The presence of divinity became almost palpable, and I knew that life in the universe was not just an accident based on random processes. . . . The knowledge came to me directly.” Mitchell is known say.

Mitchell faced a critical challenge. As a physical scientist, he had grown accustomed to directing his attention to the objective world “out there.” But the experience that came to him in space led him to a startling hypothesis: Perhaps reality is more complex, subtle, and inexorably mysterious than conventional science had led him to believe. Perhaps a deeper understanding of consciousness (inner space) could lead to a new and expanded view of reality in which objective and subjective, outer and inner, are understood as co-equal aspects of the miracle and mystery of being. 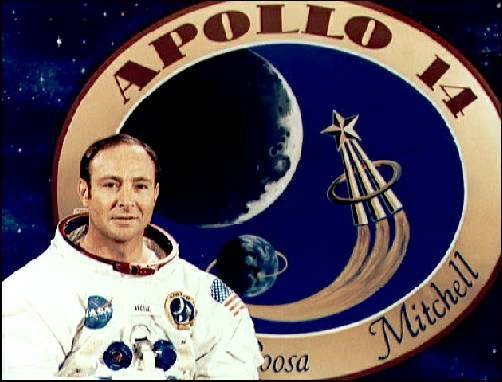 After his safe return “home,” Mitchell sought out others who likewise felt the need for an expanded, more inclusive view of reality. They resolved to explore the inner world of human experience with the same rigor and critical thinking that made it possible for Apollo 14 to journey to the moon and back. In 1973, this small group of explorers founded the Institute of Noetic Sciences—derived from the Greek word nous, meaning something close to “intuitive ways of knowing.” (Dr Mitchell’s story is told in the book The Way of the Explorer: An Apollo Astronaut’s Journey Through the Material and Mystical Worlds).

Since its founding in 1973, the Institute of Noetic Sciences has supported personal and collective transformation through our publications. They researched, edited, designed, and published newsletters, magazines, books and bulletins covering developments in the broad field of noetic sciences and consciousness studies. In late 2007 the IONS launched a new imprint, Noetic Books, in a co-publishing arrangement with New Harbinger Publications. Noetic Books has published six books to date: Deep Medicine, Mindful Motherhood, The End of Materialism, Global Shift, The Untethered Soul, and Living Deeply. 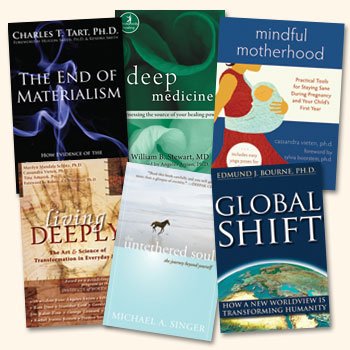 For more than 20 years, the Institute has published a quarterly magazine, first Noetic Sciences Review and then Shift: At the Frontiers of Consciousness. IONS suspended publication of Shift in Summer 2009, but an archive of feature articles is still available. IONS publishes a content rich monthly e-zine named iShift. The Institute of Noetic Sciences (IONS) also publishes a series of monographs and books on science and consciousness including the The Physical and Psychological Effects of Meditation and the Spontaneous Remission Bibliography.

The Institute of Noetic Sciences (IONS) have also published trade books in collaboration with other publishers, such as Willis Harman’s Global Mind Change and the groundbreaking medical textbook entitled Consciousness and Healing: Integral Approaches to Mind-Body Medicine. More than 400 articles, book reviews, and research updates are available for free viewing online in their Digital Library.

The IONS offers a Community Group Network which in their eyes is an important part of the institute’s overall mission to support the exploration of the frontiers of consciousness, socially and individually. With over 200 groups in the Americas, Africa, Europe, and Asia, their Community Groups program is an active and dynamic collection of people dedicated to exploring the frontiers of consciousness. These groups sponsor lectures, conferences, and experiential events in their respective locales. IONS believes that participation in an IONS Community group is an excellent way to meet fellow institute members, exchange ideas, and expand your knowledge of frontier subjects. Each group is a self-organizing, self-directed voluntary association that operates independently of the institute. For information on meeting times, topics, and locations. You need to be a registered member to start a group.

You can become a member of the Institute of Noetic Sciences and join the IONS mission.

IONS says that when you become a member of the Institute of Noetic Sciences, you join an international network of people who are excited about uncharted human potential — people who are devoted to looking closely at what it truly means to be conscious, advancing new perspectives on our planet, and creating a better world. IONS also believes that members’s generosity helps create a bridge between the worlds of science and spirit, and supports communities that can envision and create new possibilities for our future.

Membership helps to support IONS’ groundbreaking research programs in the areas of Emerging Worldviews, Extended Human Capacities, and Integral Health and Healing, and also supports IONS’ educational offerings such as conferences, lectures, publications, workshops, multimedia materials, and more. IONS’ leadership in these areas is made possible by the generous support and commitment of IONS members.

Since its inception in 1998, the institute’s ‘Noetic Café’ provided an online forum for institute members and the general public to communicate with each other. The ‘Noetic Cafe’ forum was operating on technology which began to malfunction. IONS closed the Forum in September 2007. Discussions and blogging was then moved to IONS’ membership and community site, www.shiftinaction.com.

IONS will launch a redesigned, interactive website in 2010 with extensive content and connections that will include a community section for connecting with others in a variety of ways. IONS is expanding their global outreach to advance the science of consciousness and human experience for a healthier, more peaceful world. It’s the next step in IONS’ evolution.  More details about the new website are expected to become available throughout Q1′ 2010.

The Institute of Noetic Sciences (IONS) runs a Retreat Center which is a beautiful collection of indoor and outdoor meeting spaces located on the IONS campus in Petaluma, California. Just 30 minutes north of the Golden Gate Bridge, the Retreat Center is on 200 acres of beautiful rolling hills. It offers such gifts as pristine live oak woodlands, meandering hiking trails, and endless panoramic vistas of the California landscape. 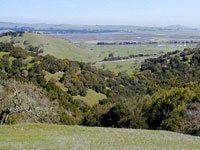 This campus can accommodate day-use groups of up to 120 people, and their overnight facilities sleep up to 120 people. IONS hosts educational activities and workshops that focus on health, personal growth, and transformation.

IONS offers the following facilities, services, and activities at their IONS camp and retreat center:

IONS offers both indoor and outdoor meeting areas that can be arranged according to the needs of groups of up to 120 people. Discounts are provided for groups of 50 or more and most of the spaces are handicapped-accessible. 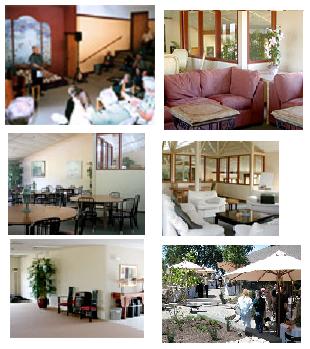 The center accommodates up to 120 overnight guests in seven different buildings. All of the rooms are recently renovated, and are simply and attractively appointed.

The IONS Community Center is a place where IONS Retreat Center guests gather for meals and meeting. This versatile space can seat up to 100 for a meal, act as an amphitheater for a performance, hold meetings and activities, and a space for individual relaxation and contemplation. 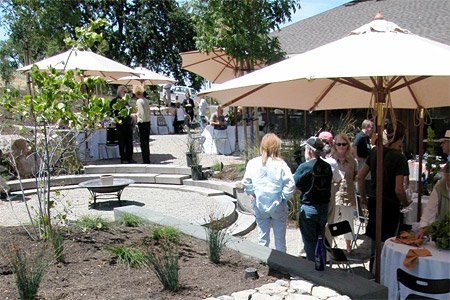 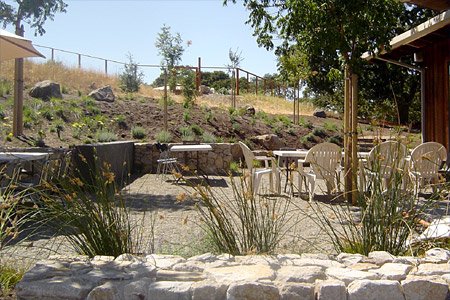 Retreat Center cuisine is California-style with an emphasis on fresh organic local foods. Wholesome meals (chicken, fish, and vegetarian options) are served in buffet style in the dining hall for up to 120. Special menus can be arranged in advance.

Weather in Northern California varies throughout the year: a hot summer day can be followed by a cool foggy night, so layers are recommended. IONS 200-acre campus includes beautiful hiking trails, it is advised to bring walking shoes. 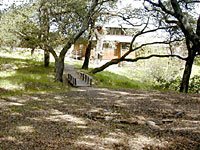 From beachcombing on the Sonoma Coast to visiting the famous Napa wine country to hiking in the giant redwoods of Northern California, there is a wide variety things to do while you are in the area.

You can write to The Institute of Noetic Sciences at:

Call or fax IONS at:

You can email IONS at:

WATCH THE INSPIRING VIDEO named ‘Institute of Noetic Sciences – A World Transforming’ which describes the work of IONS and the science of consciousness. It invites people to think differently about themselves and the world we live in.

Are We All Connected On a Quantum Level?

What is Noetic Science?