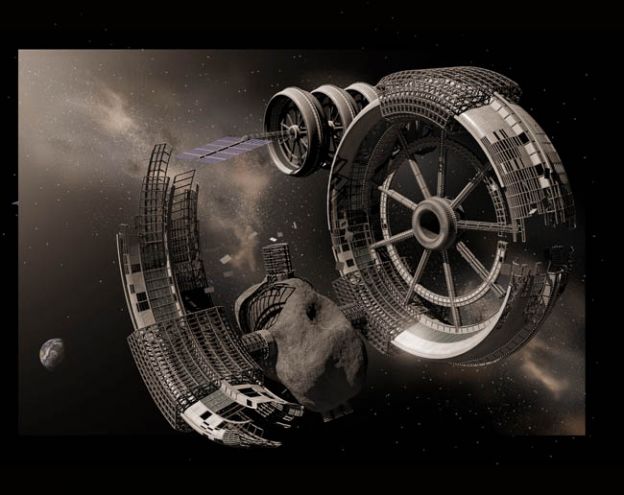 We all know that in these austere times, any people lucky enough to have money to invest are searching for something that will give them a good return and not be too risky. Hold that for a minute. 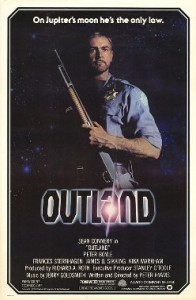 Now consider sci-fi films like Blade Runner (with the Tyrell Corporation’s Nexus 6 replicant robots) and Outland with Sean Connery, where humans are busy mining resources from moons, planetoids and asteroids, to provide essential resources for the mother planet, Earth.

Now combine the two ideas. Planetary Resources already have. They already have a number of investors including film director and explorer James Cameron and a number of Google Exeecutives,  and are about to unveil a revolutionary venture that will expand this planet’s natural resource base. 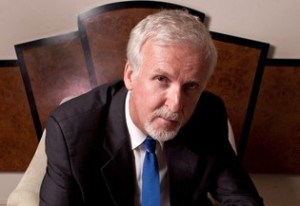 You may be forgiving for thinking why would I want to invest my life-savings, redundancy lump-sum, or nest egg, in a soulless piece of dark grey lifeless rock travelling at close to 20,000 mph? But investors think it is feasible that within as little as five years, robtic miners could dock with an asteroid. “There are $20 trillion cheques up there waiting to be cashed” said Peter Diamandis, founder of Planetary Resources.  He says that whereas other children of his generation wanted to be  racing drivers or rock stars, all he wanted to be was an asteroid miner! He thinks that we are far too narrow-minded and “planet-centric” and should look to the resource (and investment) opportunities in inner-space. There is no need to bend the law of physics- these asteroids do not require faster-then-light travel to reach them. Many are virtually on our door-step in space terms. 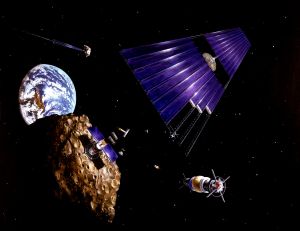 So what are the resources we are likely to find on asteroids such as “3554 Amun”? Iron, nickel, cobalt, platinum and even gold.

It may not be as exciting as finding life on Mars, or travelling to the stars, but this could be the opening of a whole new chapter of exploitation of resources. And the good news is that there’s unlikely to be complaints and campaigns from green parties, protesting “save the asteroid”.

The launch occurs in Seattle at the end of April.  I woinder whether you could actually buy a small asteroid and have it named after you before  you mine out the minerals? It’s all a bit like the 1800s Gold Rush, except in space: “There’s gold in tham thar ‘roids!”