Is Everything We Know Wrong? Of Starchilds and Hominoids 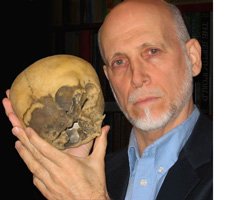 If you want to be challenged about everything you thought you knew as fact, then watch this fascinating 2011 lecture by Lloyd Pye 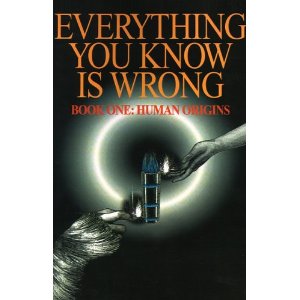 It revisits and expands his theories as presented in his 1997 book: Everything You Know is Wrong. Recent innovations and advances in science have caused him not to update the original book, but update and expand his views into new eBooks, starting with Intervention Theory Essentials: 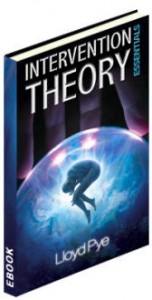 It details Lloyd’s alternative views about Origins—of the universe, of life itself, and especially of humans and hominoids, all of which are bound together.

Like a real-life X-Files discovery, the book Intervention Theory challenges Creationism, Intelligent Design, and Darwinian evolution. by offering  explanations for many of the twists and wrinkles left unanswered by those other theories. Unsurprisingly, in his new eBook, Pye  takes the same aggressive approach as Everything You Know Is Wrong,  attempting to show how and why so much of  mainstream science professes is blatantly and willfully wrong,  sometimes in the teeth of overwhelming evidence. Its revelations are astonishing, even shocking, but they are presented in simple terms and concepts that can be easily grasped by anyone. Whether you believe them, of course, remains a matter for the individual reader.

Pye considers that the appearance of increasingly more and more complex creatures on earth occurred according to a schedule. There’s no randonmness or evolutionary path.  He thinks some of the the earliest Miocene apes, which appeared 23 million years ago, live on today as the hair-covered bipedal primates (bigfoot, yeti, etc.). He  calls these  “hominoids.”

Lloyd Pye strongly suggests that aliens were instrumental in creating and nurturing life on earth. Do you see the X-Files connection with the first main strand- alien-human hybrids? Pye considers them Intragalactic Terraformers. So is there any evidence of this collaboration between indigenous species and aliens? Step forward the Starchild Skull!

The skull was found deep in a mine in Mexico in 1930. Lloyd Pye took the skull and tried to get labs to determine the DNA of the skull to see if it was human or alien or hybrid.  All labs refused, until he finally found one that agreed to do it and, according to Pye, the DNA confirmed the hybrid nature of the child’s skull. However an independent review of the skull suggested that it was a human male, probably suffering from Hydrocephalus. 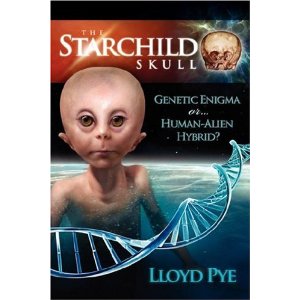 Pye’s first book That Prosser Kid (1977), was a fictional account of college football. He went from authoring books to give lectures and has made television appearances in support of his ideas on respected channels such as National Geographic and the learning Channel. I saw him in a short slot on the UK’s  Richard and Judy show.

Whatever you may think of the truth, the conviction and quality of his presentation of material, facts and hypotheses, are gripping, and at the very least make for an interesting read or viewing, but may also start you thinking and challenging what you previously took as granted. The truth is out there! 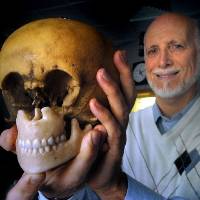