Is Space a Brain?? 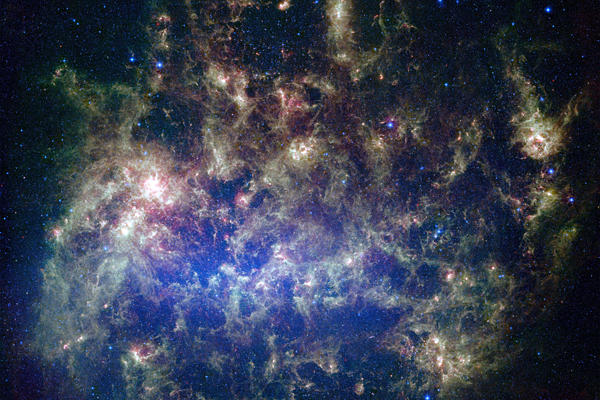 You’ve probably heard of the expression “egg-head”, describing someone clever, like a scientific “boffin”.

Next up is the expression “He has the brain the size of a small planet” again describing someone super-clever.

Then there was Evil Brain from Outer Space – a 1964 film edited together for American television. 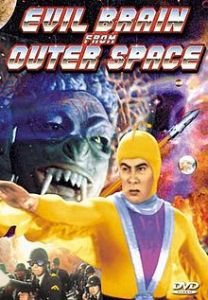 The parallel between brains and planetary objects or “outer space”  is interesting given the latest scientific pontifications by cosmologist and physicists. They have likened space itself to a gigantic brain. Just thinking about the concept makes my poor head hurt! More specifically, a new computer simulation appears to suggest that the universe may develop in a way similar to  like a giant brain.

The journal Nature’s Scientific Reports, published a few weeks ago has suggested that there may be some primary laws (as yet unfathomed) that may govern the growth of systems- both huge and microcosmic. Small being the electric charges that shoot between brain cells,  and llarge being nothin  less than the way galaxies grow. 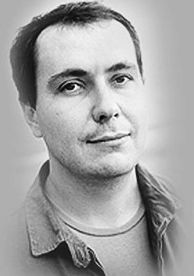 The author of this study is Dmitri Krioukov, pictured above, a physisist from the University of San Diego in California, United States. He says:

“Natural growth dynamics are the same for different real networks, like the Internet or the brain or social networks.”At first blush they seem to be quite different systems, the question is, is there some kind of controlling laws can describe them?”

A person not involved in the study, Kevin Butler, who is a physicist at the University of Houston, has suggested that the research may point to a single fundamental law of nature that governs networks. He thought that the research was a very valuable contribution to thinking in this area.

In the past studies had shown how snapshots of the internet, and brain circuitry, look similar. But this functional similarity has been expanded in the latest study to show how they both grow and develop over time. The leap to cosmology is made via the always-reliable Einstein’s theory of General relativity. This  aids explanation of how matter warps the fabric of space-time, and physicists can retrace the universe’s explosive birth 14 billion years ago (the big bang) and how it has expanded outward ever since, as confirmed by the Blue Shift sounds echoing from space. Everything moving away from everything else. 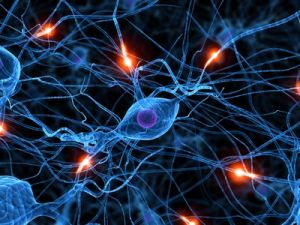 The detailed theorising is pretty heavy for non-physicists to grasp, but in essence when the team compared the universe’s history with growth of social networks and with brain circuits, they found all three networks expanded in similar ways: They balanced links between similar nodes with ones that already had many connections.  Like attracts like. For instance, a petrol-head car lover surfing the Internet may visit mega-sites such as Google or Yahoo, but will also browse car websites looking for reviews of sports cars, or videos of speeding cars.  In just the same way neighbouring cells in the brain like to connect, but neurons also link to such Google/Yahoo brain cell hubs that are hooked up to loads of other brain cells.

This  similarity between networks large and small is unlikely to be a coincidence. Krioukov says

“For a physicist it’s an immediate signal that there is some missing understanding of how nature works,”

He says that it’s more likely that not that an as yet undiscovered some law governs the way networks grow and change, from the smallest brain cells to the growth of mega-galaxies across the universe. He suggests the next step is to start seeking this law.

This may bring us a step closer to understanding life, the universe and everything as Douglas Adams would say. But as far the evil brain from outer space, goes, it seems we are safe for the moment…