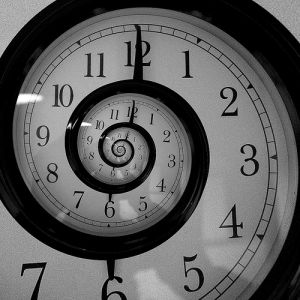 Ever since the earliest civilisation human beings have marvelled at the stars and importantly, asked questions of what they were looking at.  It was the famous physicist Albert Einstein who first used mathematical equations to show how time slowed down the closer it approached the speed of light.  One example used in another article is that of a speeding train. If that train could travel at 99.999 percent of the speed of light, then 1 year onboard would be 223 years back at the station.  Indeed the short answer to the question of whether time travel is possible would be yes, time travel is possible, in fact, it has happened before.  Just as a train travelling at almost the speed of light will move forward in time, anything that increases in speed will also go forward, therefore a train going at its normal speed will move forward in time around billionth of a second – un-noticeable by us.

When it comes to travelling backwards in time it becomes a more fiercely fought theoretical battle. In 1949, Kurt Godel discovered an answer to Einstein’s equation that allowed for the possibility of time-travel to the past.  He claimed that if the universe rotated, you could travel round it and arrive back before you set off.  Since that first answer there have literally been hundreds of different theories put forward by physicists.

One of the main issues for many physicists is that time-travel back in time is only theoretical, whereas going forward has been proven.  There are a number of theoretical ways to go back in time, including ‘worm holes’, which is a tunnel connecting to points in space.  However, there are many drawbacks to going back in time not least because of the complications that could arise, such as altering the time-travellers future in a way that would mean he would have existed in the first place  this is called a paradox. Other issues arising indicate the power needed to travel back in time equates to that of an exploding star, therefore the most feasible, yet still nearing impossible, way to go back in time is set out by Stephen Hawking – you would need to inflate a wormhole, Hawking explains, so it would be big enough for a person to travel through, but believes because of the paradox, travelling backwards through time is not possible.

However, Hawking does get excited about the possibility of moving forward in time hundreds of years, citing the train example as the most feasible way to travel through time and space.  He explains that where they is large masses time is slower, so if we were to orbit a black hole time would essentially be halved here on earth.

For me, the question is this, the moon is ¼ diameter of the Earth and 1/80 of its mass, and therefore based on Hawking’s theory would time not go quicker near the moon? If so, is it feasible that every 1% of time on earth equates to 1.00000001% of time on the moon (the number is chosen for arguments sake). Even with a tiny difference in time speed since the creation of our solar system theoretically the two bodies have been travelling at different speeds through time and therefore are technically at different points in time completely?

3 thoughts on “Is Time Travel Possible?”