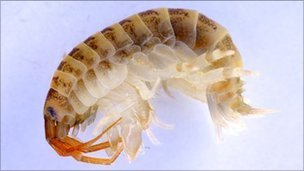 Forget Killer Bunnies from Outer Space, Killer Clowns, and even rabies-carrying bats flying over the channel from the continent, there is a real threat to be faced. Killer shrimps.  According to the UK Environment Agency this evil shrimp,  known as Dikerogammarus villosus is now top of the list of our most deadly aquatic invaders.Here are the unwelcome top ten: 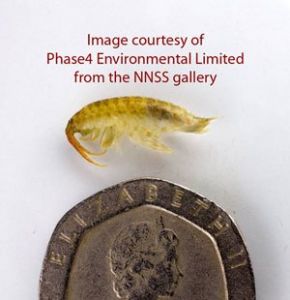 The Environment Agency have said that if invasive species are not controlled there is a risk of losing some native species and incurring even more clean-up costs, as well as “falling short of the strict EU targets for our rivers and lakes. We understand that the Environment Agency will be working with other environment bodies as well as community and volunteer groups to manage the spread of these damaging plants and animals on the top ten list.

“We would urge everyone to help stop the spread of these species by making sure that garden and pond plants don’t end up near rivers and parkland and thoroughly cleaning any fishing, boating and canoeing equipment when moving between waterways.”

Returning to the Shrimp, it is number on the list because it has a voracious appetite and is munching its way to the top of the food chain via insect larvae and fish eggs.  The fact that it often leaves its victims uneaten indicates that it kills not just for food, but to dominate its new-found environment by altering the eco-envoronment. it doesn’t  want to exist in harmony it wants to conquer! 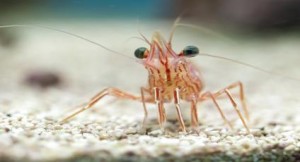 Who is to blame? These shrimps don’t just fly over… North West water provider United Utilities says a new fishing craze from the U.S. is behind the spread of the crustacean. Anglers have been using ‘floating tubes’ – large inflatable tyres – to fish on water.

The tubes, which are easily transported, are thought to be helping the species spread by transferring eggs between rivers and other watercourses such as reservoirs. United Utilities confirmed it has banned the use of floating tubes at all its recreational reservoirs across the North West.

Originally from a region between the Black Sea and the Caspian Sea, the shrimp has spread across most of Western Europe in the past 10 years. It was spotted in a resrvoir in Camebridge last year, and more recently in Cardiff Bay and yesterday, confirmed as being present in the Norfolk Broads. 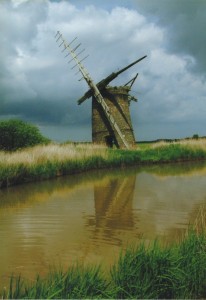 It is believed the shrimp arrived originally in the UK from Eastern Europe on the hulls of ships. The key words of the campaign to fight against the spread of the killer shrimp, for anglers, boating people, wind surfers and other recreational water users, are CHECK, CLEAN and DRY.

This is because the tenacious little critter can survive out of water but in damp situations for days!  Preliminary studies have shown that the shrimps can survive in wet, folded waders for 15 days or 7 days on a folded but damp net. Traps are also being set at key points to try to catch and destroy the verminous shrimps without affecting other indiginous species.