Kushwant Singh: Ways to Live Beyond 100 Years of Age

While we wait for a miracle drug or DNA implant to give us immortality or at least exceptional longevity, there are other practical steps you can take to prolong and enjoy your life well into your 9o’s and 100’s. Ask Kushwant Singh

Kushwant Singh  (born 2 February 1915) is a well-known Indian novelist and journalist. He is 98. He intends to live a lot longer. He is a witty secularist. He is a recipient of the second-highest civilian award in India, the coveted Padma Vibhushan.

He first thought that he owed his longevity and good health (both physical and mental) to his parents’ genes, as they lived well into their nineties. However his brothers and sisters have not fared so well in the longevity stakes and are no longer alive, so he has modified and redefined his views and advice to those who wish to emulate him.

Much of what he preaches is simple stuff, but he makes a lot of sense. His first “mantra” is to prepare for old age. Don’t ignore it. Be ready to embrace it.  He says that you need to exercise your limbs and lungs regularly to avoid them seizing up. He was still playing tennis when he was 85.  Swimming and long walks are also recommended by him.

He also recommends a regular and vigorous massage routine- both giving (it makes your hands and arms work hard) and receiving. A daily one hour massage is the way to go to keep your body tones in your older years. 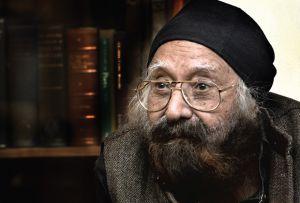 On food and drink, he recommends cutting down drastically on all forms of food and drink. This is not just to prevent obesity (or to reduce weight if you are overweight) but to make your body work most effectively in turning meagre rations into energy. For example he starts each morning with a fruit juice, then has scrambled egg on slice of toast. Lunch is a light vegetable South Indian curry. Come evening he has a shot of whiskey before a light tea. The food should be carefully and fully masticated (chewed) in silence to allow better digestion. The amounts on a spoon or fork should be small and not heaped. He says that should never allow yourself to be constipated saying that the stomach is a storehouse of all kinds of ailments. He is quite vociferous on this, and says that he would rather take enemas and laxatives than become constipated and have food non-moving and blocked in your lower intestines. The timing of food and drink intake should be regular. Such as breakfast each and every day at 6.30am, lunch at midday, tea/supper at 7pm.

Smoking is, of course, out, as is anything that has been proved to raise your risk of illness/ill-health.

Turning to mental health he believes that the national Indian motto is one to rule you: Satyamev Jayate- only truth triumphs. He advocates never telling lies, trying to achieve peace of mind- never losing your temper or arguing. He argues that there is joy in giving things away- not necessarily money, but gifts you have made (toys or food for example).

He says that unlike many old people (especially in India) he does not spend long periods immobile in prayer. You can find your god in gardening, helping children with their homework, playing, walking, swimming and other forms of activity be it social or solitary. A sort of “meditation on the move”!

As I turn 60 next year, I shall certainly be trying some of these techniques!