Lost Planet that could have Contained Intelligent Life… 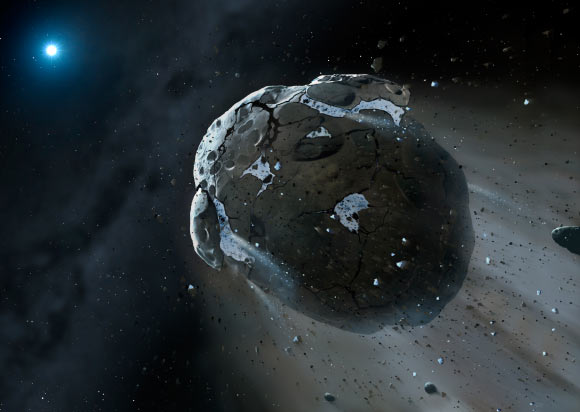 We all know how close we came to getting wiped off the solar system map before we even made an appearance on earth, when an asteroid smashed into earth and wiped out the dinosaurs. Curiously it was that close shave that actually enabled mammals, and eventually humans, to become the dominant species on earth.

But it seems another planet out there might have not had such a lucky escape as out own: Astronomers studying a dying star have discovered the mashed-up remains of a water-rich asteroid. This suggests that hundreds of millions of years ago that start system may have harboured a “goldilocks” planet, with conditions not disimilar to our own, that could well have had intelligent life on it. The research appears in the latest issue of the journal Science.

Given that the conditions for life to have flourished on earth are so rare, and must include water and an atmosphere, to find evidence that there seems to have been another planet at one time, is both uplifting and concerning. Uplifting in that it may point to us not being alone in the Universe, concerning for two reasons: What happened to the inhabitants- unless they were sufficiently advanced to develop interstellar travel, they would have perished when their sun went through the final cycles of  its life. Scientists believe that the star would most likely have had a number of planets in its system before the star, expanded to become a red giant, burning everything on any planets, and then shrinking and eventually going cold.

This is also the likely fate of our planet, assuming we don’t get hit by another giant asteroid. Our sun too will become a red giant and then a white dwarf, and finally a black dwarf- a dead star emitting no heat. 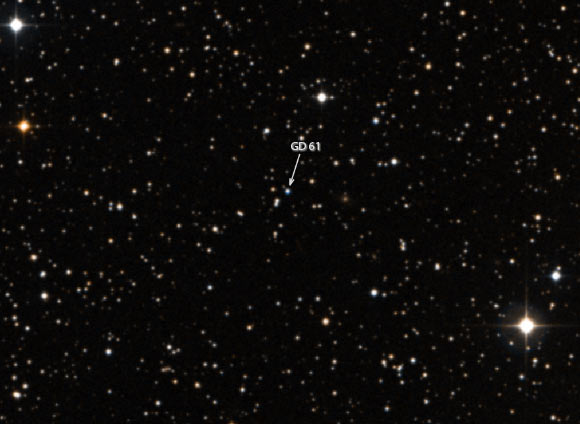 Astronomers studying the light emitted by the asteroid, known as GD 61, located 150 light years away from the Earth, detected an abundance of “rocky” elements such as magnesium, silicon and iron. They also found oxygen in quantities that indicated a very large amount of water. Only a water-rich massive asteroid, or minor planet, can explain the observations. GD61, at least 90 kilometres in diameter, would have been drawn in by the white dwarf’s powerful gravity and ripped apart. It is highly likely that rocky, water-covered, Earth-like planets also existed in the system.

Dr Jay Farihi, from the Institute of Astronomy at Cambridge University, said:

“The finding of water in a large asteroid means the building blocks of habitable planets existed – and maybe still exist – in the GD 61 system, and likely also around substantial number of similar parent stars. These water-rich building blocks, and the terrestrial planets they build, may in fact be common – a system cannot create things as big as asteroids and avoid building planets, and GD 61 had the ingredients to deliver lots of water to their surfaces. Our results demonstrate that there was definitely potential for habitable planets in this exoplanetary system.”