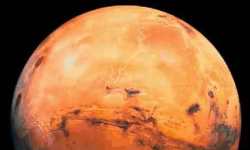 Can a Mission to Mars in 4 years time bounce back from President Barack Obama’s budget announcement in February that the joint U.S.-European robotic  missions to Mars in 2016 had been cancelled?

The US National Aeronautical and Space Agency says that it doesn’t want to give up on Mars, but will have to be scaled down.  NASA’s top science officials say they are scrambling to come up with a plan by the end of this summer for a cut-rate journey to the red planet in 2018. 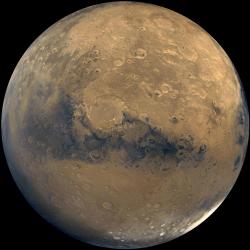 As any amateur astronomer worth his or her salt knows, Mars passes closest to earth every 15 years. A mission to Mars at the closest point will mean reduced fuel costs, and the opportunity increase the payload.

NASA sciences chief John Grunsfeld said he thinks there is a better than even chance that NASA will not miss the 2018 opportunity. But there’s still Mars activity: In the middle of this year, the most high-tech rover ever, Curiosity, is due to land near the Martian equator in search of the chemical building blocks of life. The more scientists study Mars, the closer they get to answering whether microbial life once existed there, a clue to the ultimate question: Are we alone?

Two years ago, President Barack Obama stood at Kennedy Space Centre and said it was more of a priority than going to the moon. He wanted astronauts there by the mid-2030s. Such was his commitment to the Programme. But the two coming missions were then cancelled along with the most ambitious Mars flight yet planned, which the National Academy of Sciences endorsed as the No. 1 solar system priority. That was a plan to grab Martian rocks and soil and bring them back to Earth. Now that is “not an option” given the current budget, Grunsfeld said. NASA said it does not quite know what a reconfigured 2018 mission would look like, but it would be cost-capped at $700 million and it will not be landing. If it is lucky, it may orbit Mars. So that’s a bitter disappointment to those who wanted to race ahead with exploration of a near neighbour that once may have harboured life.

The finger of blame is pointed at a number of areas, but Alan Stern, a former NASA sciences chief says its because reserachers alwats deliberately or incompetently underestaimate the cost.  He called it “committing suicide in slow motion” and said it has been happening in the Mars program since 2006. An even more over-budget space telescope forced more cuts to NASA science.

The Curiosity mission costs $2.5 billion US, almost $1 billion US over budget. Ouch!

Many scientists believe the life question can be answered only by examining Martian samples back on Earth, and astronauts should not set foot on Mars before that happens. Stern said: “We are probably back to being 15 to 20 years from a Mars sample return.” 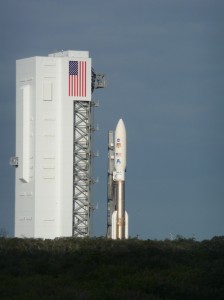 The Atlas Rocket that launched Curiosity

In 19 tries, Russia has had little to no success when it comes to Mars. The European Space Agency currently has a spacecraft circling the planet but its lander crashed. NASA has had six Martian failures during its 20 tries.

Will Curiosity too be killed by the Martian cat? One hopes not. Any discoveries made may re-ignite enthusiasm and funding. Otherwise it seems that Mars may be keeping any mysteries it has from earthlings for some time to come!