Miniature Fish Robot to Swim Through Your Body and Detect Disease 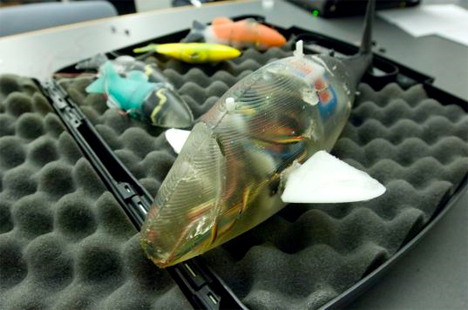 Could tiny robots one day swim through our bodies to detect disease? That’s the vision of scientists in the U.K. and U.S. who have turned to the sea lamprey for inspiration in an effort to design a micro-robot capable of doing just that. Sounds like something out of science fiction- perhaps a miniaturised Stingray from the 1960’s TV puppet series? 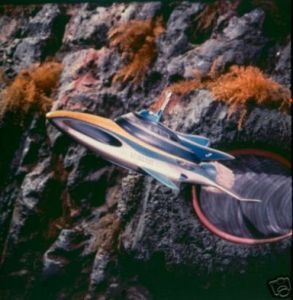 Let’s not get ahead of ourselves here: What is a Sea Lamprey? Lampreys begin life as burrowing freshwater larvae. At this stage, they are toothless, have rudimentary eyes, and feed on microorganisms. After several years, they transform into adults and typically move into the sea to begin a parasitic life, attaching to a fish by their mouths and feeding on the blood and tissues of the host. To reproduce, lampreys return to freshwater, build a nest, then spawn (lay their eggs) and die. Doesn’t sound like the sort of thing we want swimming in our bloodstreams does it?

The jawless, blood-sucking lamprey finds itself the subject of this project in what is known as biomimicry not only because of its ability to swim, but because of its primitive nervous system, which researchers believe can be reproduced as part of a micro, or even nano-scale robot.

The robot dubbed “Cyberplasm” is being developed as part of an international collaboration funded by the Engineering and Physical Sciences Research Council (EPSRC) in the UK and the National Science Foundation (NSF) in the USA.

While real world sea-lampreys can be up to 90 cm (35.5 inches) long, the goal of the Cyberplasm project is to create a prototype robot less than 1 cm in length (and eventually less than 1 mm or smaller) that contains an electronic microchip “brain” and an electronic nervous system with sight and smell perception derived from mammalian cells as well as artificial muscles powered by glucose.

Researchers say the robot would respond to light and chemicals in the same way as biological systems, allowing it to navigate its way through the body collect data from its surroundings, including information on the presence of disease.

“Nothing matches a living creature’s natural ability to see and smell its environment and therefore to collect data on what’s going on around it,” says bioengineer Dr Daniel Frankel of Newcastle University, who is leading the UK-based work.

“We’re currently developing and testing Cyberplasm’s individual components,” says Daniel Frankel. “We hope to get to the assembly stage within a couple of years. We believe Cyberplasm could start being used in real-world situations within five years.”

Mouth of the Sea Lamprey

I still think that they should get away from analogies with the Sea Lamprey. Don’t like the idea of something based on a bloodsucking parasite swimming about in my bloodstream!