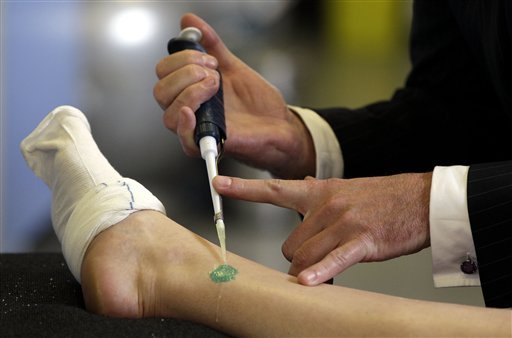 Science fiction has a tendency to eventually become science fact.  Well, sort of.  Do you remember the scene in the film Starship Troopers where the hero suffers a nasty wound leg from a giant arachnid on Klendathu? 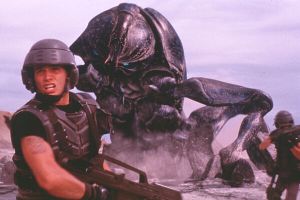 Think on to when we see him next, suspended in a chamber of liquid gel, with a sewing machine type medical contraption stitching up his wound.

Also from Star Wars (Empire Strikes Back) do you remember the scene where young Skywalker Luke’s been rescued from the icy wasted of the planet  Hoth after being attacked by the Wampa snow monster? 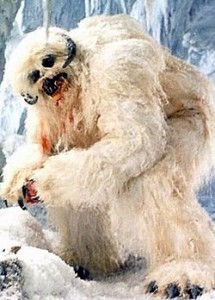 They had him floating in a tank of what they call Bacta gel. Soothes, heals, restores. 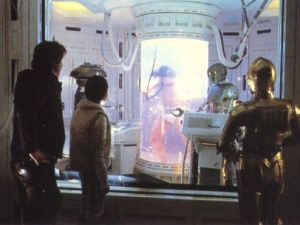 Forget Bacta Gel and Sewing-Machine brine, we have Nexagon. And you don’t need to lay in a tank of it, it can be applied to whatever part of the body needs it. It has been undergoing extensive trials fro the last 18 months, mainly with leg ulcers, but also with other skin and flesh wounds. complaints.

CoDa Therapeutics have just announced positive results from its Phase 2 study of Nexagon in patients with chronic venous leg ulcers.  This vehicle-controlled, double-blind, three-arm study (named the NOVEL study), randomized 98 patients at multiple sites to receive low or high dose Nexagon in addition to compression bandaging.  After three applications over a four-week treatment period, high-dose Nexagon demonstrated a 69% reduction in the size of venous leg ulcers.

The gel was developed by a team led by David Becker, a professor of cell and developmental biology at University College London. Nexagon, works by interrupting how cells communicate and prevents the production of a protein that blocks healing. That allows cells to move faster to the wound to begin healing it.

Brad Duft, president of CoDa Therapeutics, which is developing the new gel, would not say how much Nexagon currently costs to make, for proprietary reasons. He said the gel is still a couple of years away from being on the market and the price will drop significantly when that happens. Some leg ulcer patients spend about $30,000 a year or more on treatment. Duft said the new gel would cost a fraction of that.

So that’s good news all round. And you don’t even have to have been stabbed by a giant bug or attacked by a Hoth Bigfoot to benefit from it when it is released onto the market!