Now You See Me… Now You Won’t! The Invisible Cloak 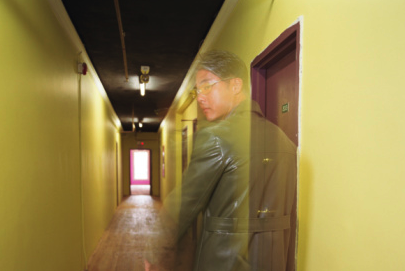 The staple artifact from hundreds of fantasy films, novels and Dungeon & Dragons games, the Cloak of Invisibility is a must-have accessory. But fantasy may be a step closer to reality as scientists and electrical engineers refine their attempts to produce a personal Romulan Cloaking Device.

A team of Duke University scientists in North Carolina, United States, have developed a garment that can completely conceal a small object. Using a row-by-row design using  fibreglass etched with copper and copper strips, the intricately woven cloak bends light around an object so that it appears invisible to microwaves and the naked eye.

One of the scientists, Nathan Landy, said:

“We built the cloak, and it worked. It split light into two waves which traveled around an object in the center and re-emerged as the single wave with minimal loss due to reflections.” 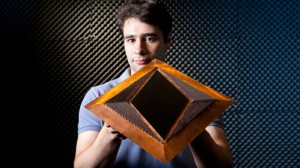 Nathan Landy with his Invisibility Cloak/Prism

At the moment the invisibility only works from one direction. It’s not 3D and therefore is of limited practical use.

Behind most cloaking ideas is the use of metamaterials – materials whose properties are purposefully designed, defined not by chemistry but by the materials’ size, shape and structure.

“You just want to grab hold of the light coming from an object, guide light around the hidden thing, and then return it to the path it was going on originally – and that’s easier said than done.” 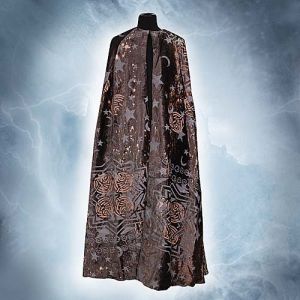 Another alternative is to find out what a given object will do to incident light beams and create a cloak that does the exact opposite – that’s the aim of what are known as plasmonic metamaterials. However none of those researching in this field think that there will ever be a genuine cloak of invisibility. It will more be  something akin to a conjuror’s trick being pulled off. It seems then “real” invisibility cloaks will for the foreseeable future (no pun intended) are not going to happen and must remain in Hogwarts, D&D and fantasy films and novels. 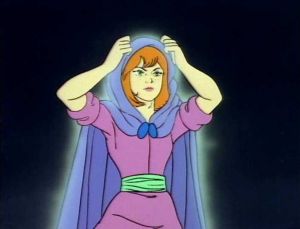