Most occultists recognize the immense inherent spiritual power of numbers. Occultists specialising in numerology will seek to plan and time events according to what they consider to be the most favourably disposed time. In that way they stand more chance of succeeding with whatever undertaking they embark upon. Experts in numerology use the numbers to determine the best time for major moves and activities in life. They will use numerology to decide when to invest, when to conceive, when to marry, when to travel, when to apply for a job position, when to arrange an important meeting etc. 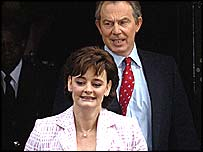 The former British Prime Minister Tony Blair declared the 2005 UK election to take place on 5 May 2005. 5/5/2005.  Mr Blair attempting to become the first Labour leader to win three successive terms in power. He was successful. To what extent was that due to the influence of number 5? 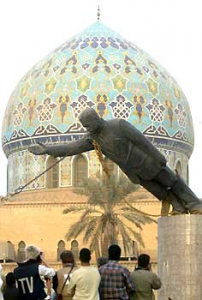 Turning to conflict, the number 5 featured in the start of the Iraq war. President Bush launched the campaign at 05:50 Baghdad time, on March 20th, 2003. This was the Feast Day celebration, the  eve of Ostara. The word Ostara is just one of the names applied to the celebration of the spring equinox on March 21. According to occult considerations, March 20th, 2003 was Day “555” since the attacks and destruction of the World Trade Centre buildings on 9/11. Some occultists believe “5” to be the Number of Death, and the greatest intensification of any number to be a triplicate, a “555” literally means “Highest Death”. 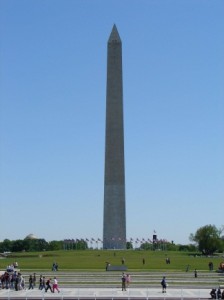 Did you know that the Washington Monument in Washington D.C. is exactly 555 feet high? And of course the Pentagon features 5 sides, while the pentacle is the occult five-sided star.

Other attributes given to the number 5 are: Adventure, change, freedom, exploration, variety, sensuality, curiosity, experience, periodicity, knowledge seeking, knowledge teaching, travelling, and imagination. Of course we have five “standard” senses (taste, touch, smell, sight, and hearing).  Some say the number for Mankind is 555. 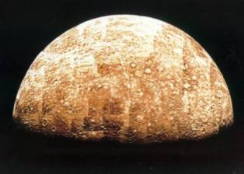 In Astrology, number 5 persons are those born on the 5, 14 and 23 of every month. They are born under the influence of the planet Mercury.
It is said that number 5 persons will have the support of wealth and people together for ever. They will accomplish what is impossible to others. They will be in professions that have a mass appeal like mass communications and will shine well. They will have great self-confidence and unshakable ideals. They have deep thoughts. They will succeed in any endeavour. They will be fast in everything they do. They will work with enthusiasm on anything. They will be experts in all arts.
Back to numbers- 5, 14, 23 of every month are favourable dates for number 5 persons. All the endeavours they undertake on these dates should give them great success. Next to 5, 14 and 23, the other dates that will prove lucky for number 5 persons are 9, 18 and 27. Also they can take important decision or they can undertake important work on the total of date, month and year that totals to 5 but should avoid if total comes to 4 and 8!
Finally, I was born on 4 May 1955, at a quarter to midnight. What a shame I was a little premature and couldn’t have had the birthday 5/5/55!