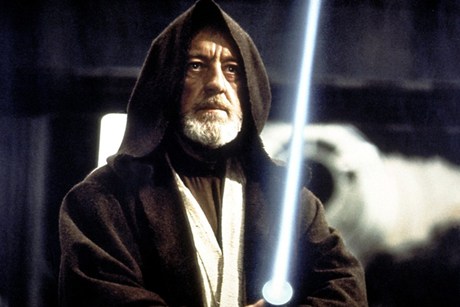 “Feel the Force” said Obiwan Kenobi to young Luke Skywalker in the original Star Wars film. But the distinguished actor who played the Jedi, Sir Alec Guinness, felt the force himself.  We know this because of  the Guinness archive has been acquired from his family for £320,000. It includes 100 volumes of diaries, and almost 1,000 letters to family and friends often illustrated with little cartoons. 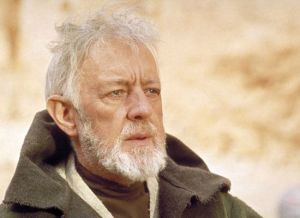 He thought that a recently deceased actor helped him on with his coat: In 1983, soon after learning of the death of Sir Ralph Richardson, a fellow thespian, Guinness says  he was putting on “a very heavy grey overcoat” and felt somebody invisible help him on with it. “I felt a shiver of fright, made the sign of the cross and then laughed … I laughed I believe because I thought it was the sort of thing Ralph might have done.”

During the Second World War he also felt a supernatural force. In 1944, while on active service in the Navy volunteer reserve, he wrote a letter  to his wife with words heavily underlined, saying he had heard something extraordinary in the night. “An audible sinister voice said in my ear ‘TOMORROW’. It didn’t say anything else, but its meaning was too clear. It implied ‘by tomorrow you’ll be dead’.”  That might be enough to make a lesser man drop his light sabre, but Guinness recorded in the letter that  the voice was “so wicked I felt something like hope”. His ship was then wrecked in a storm the next day. but he survived uninjured. Clearly he was protected by something akin to the Force! 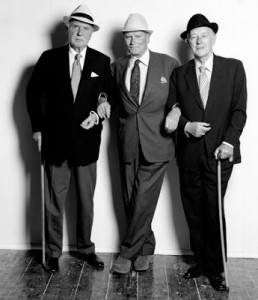