Of Mice and Men…and Reversing Ageing!

While one may want to argue the merits of living forever, or the burden that will fall on the young as the old get older and live longer, but who would not jump at the chance for a magic pill to stop or even reverse the ageing process? Oh to regain that lost youth (and retain our experience)  that, as Oscar Wilde said was “wasted on the young”.

Researchers in the US (Harvard University)  and Australia (University of New South Wales) anticipate that an anti-ageing product can be trialled on humans in 2014, following success in reversing the ageing process in muscles in laboratory mice.

It involves a process of restoring the efficiency of cells: Two-year-old mice were given a compound over a week, moving back the key indicators of ageing to that of a six-month-old mouse. Researchers said this was the equivalent of making a 60-year-old person feel like a 20-year-old:  As a man nearly at his sixtieth the birthday, the idea of springing out of bed one morning, cycling to the bowling alley and clocking up strikes and spares galore like I did 40 years ago is somewhat appealing! 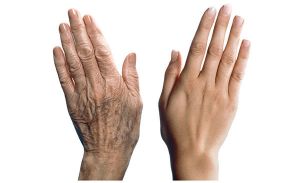 But if successful, the compound may not just reverse ageing, but also reverse and roll-back (and therefore treat) diseases such as cancer, diabetes and dementia.

Without getting too technical, the research concentrated on an area of cells, called mitochondria, which produce energy. Over time, the vital communication between this area and the cell nucleus degrades, leading to the ageing process. Researchers injected a chemical called nicotinamide adenine dinucleotide, or NAD, which reduces in the body as we age. The addition of this compound led to the breakthrough reversal in the ageing of the mice. The process was also rapid- almost overnight the reversal of ageing began. The compound is also based on something that naturally occurs in the body and so no or few side effects are expected. It may not allow us all to live till we’re 200, but will mean we will be healthier in our later life.

As always there’s a cloud to ruin an otherwise azure summer sky. This one is cost. The one-a-day magic pill made from the compound for a human would cost about $50,000. Imagine then a world where rich people live longer, healthier and presumably happier than the rest of us. Wait a minute doesn’t that occur already?!! 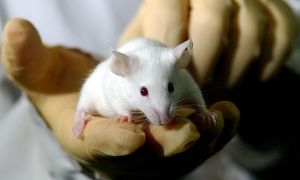 “Of mice and men” is of course from the John Steinbeck novel, which in turn took the line from the penultimate stanza of Scot’s poet Robbie Burns’ “Ode to a Mouse”:

But Mousie, thou art no thy lane,
In proving foresight may be vain:
The best-laid schemes o’ mice an’ men
Gang aft agley,
An’ lea’e us nought but grief an’ pain,
For promis’d joy!