Oldest Animal Was Over Half a Millenium Years Old 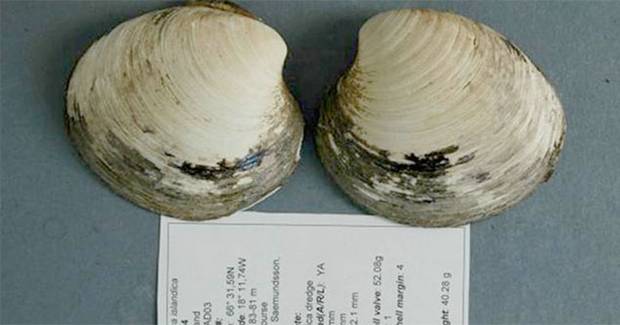 What’s the oldest living animal on the planet? A human? No, the oldest one died recently at 118. An elephant? No 89 years. What about a giant tortoise from the Galapagos Islands? 255 years old (although there are disputes on this down to some calendar jiggling). How about.. wait for it 405 years old??? 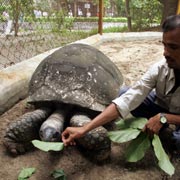 Yep. An animal was brought ashore from the depths of the Atlantic Ocean a few weeks ago that was born when Elizabeth the First was our Queen, and Shakespeare was penning the Merrie Wives of Windsor! Sadly, by the time the scientists undertook experiments and carbon dating to establish its age, the Methuselah Clam had shrugged off its mortal coil. But Help the Aged, the well-known UK charity donated a cool £40k for tests and research to try to find out why a denizen of the seabed south of Iceland managed to exist for more than four centuries. In fact more recent tests at Bangor University in Wales have revised its age and has shown that the Clam was more like 507 years old, putting it back to the times of Henry VII!

It’s a type of  Icelandic clam known as Quahog (Ring a bell Family Guy fans?) and even has been given a name, Ming: It was named after the Chinese Ming dynasty, which was in power when it was alive. Sadly Ming was killed by the Bangor researchers when opening the mollusc’s shell to see how old it was. A sad end for a venerable seabed denizen of the deep. 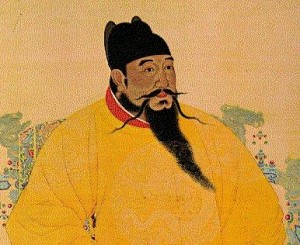 “We got it wrong the first time and maybe we were a bit hasty publishing our findings back then. But we are absolutely certain that we’ve got the right age now.”

Much as a tree’s age can be found by cutting it down and counting its rings,  a bivalve mollusc’s age is calculated by totting up growth rings – the lines left annually on the shell by seasonal variations affecting how quickly they grow.

Ming’s original age had been calculated, wrongly,  by counting the growth rings on the hinge of the clam, but as the creature was so old the rings had crowded together making them difficult to distinguish,  even with a microscope, with more than 500 packed into a space just a few millimetres across.

The new age of 507 years was calculated by instead counting the rings on the shell’s exterior, where they were more evenly spaced.  But in so doing this, one of the world’s oldest animals went up to the Clam Bed in the sky.

“It’s worth keeping in mind that we caught a total of 200 ocean quahogs on our Iceland expedition. Thousands of ocean quahogs are caught commercially every year, so it is entirely likely that some fishermen may have caught quahogs that are as old as or even older than the one we caught.”

Ming’s long life was due to the clam’s incredibly slow metabolism. It’s unlikely that the secret of Ming’s longevity can be usefully transferred to humans. Its DNA is likely to be and good for us, and unless we want to stick around on the seabed doing, well, not very much at all, our metabolism can’t be changed to that of the clam. 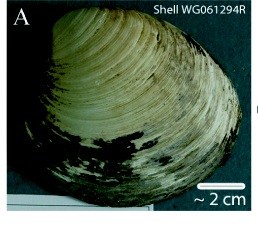