Origins Of The Law Of Attraction 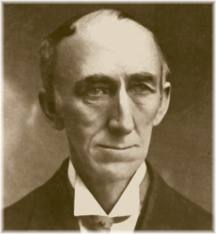 When was the Law of Attraction first recognised? The simple answer is that because it wasn’t specifically documented as such, no one knows. But it is not new!
Many inspirational and revelatory quotes spoken, recorded an attributed to great people in history appear to show that they have peered behind the curtain and tapped into what is beyond. While they may not have called it the Law of Attraction, the Universal Law, or whatever label we use today, their quotes would seem to show that they had a grasp of the core belief in the system or something closely allied to it.
The Buddha said: “All that we are is the result of what we have thought”.
Not only do we create physical things in our lives by as an outcome of the process of our thoughts (and ideas, desires, wishes, aspirations etc.) but we also create (and develop and enhance) ourselves.
In the Bible (King James Version) Book of Job, it says: “For the thing which I greatly feared is come upon me, and that which I was afraid of is come unto me.”
While not proof of specific knowledge of the Law of Attraction in the years BC, Job appreciated that he had suffered the consequences of the Law, by not using it for his advantage.
There are other examples, although it has to be said that some have chosen to be very creative in their taking early historical quotes, sometimes out of context, and using them as irrefutable illustrations that the Law was known and practiced of old.
As we move towards modern times, the development of the Law becomes much better articulated and accessible.
Wallace D Wattles (above) was born in 1860 and died in 1911. He wrote a number of books, but his Book  The Science of Getting Rich

is often seen as a key work in teaching people about the Law of Attraction. He drew upon various religious beliefs and philosophies of the world such as Descartes, Spinoza, Hegel, Emerson, and others. According to the Executive Director, Rhonda Byrne, his work was the inspiration for her 2006 movie “The Secret”.
As you may expect from the title, Wattles concentrates on making money- he asserts “we have a right to be rich”. But the book does not promote greed, selfishness, or exploitation. It talks about organising yourself to make the right conditions for wealth to be able to come into your life.
Although his life was a little obscure and largely undocumented, from his early days as a farm labourer, Wattles was clearly fascinated with what we would now call the Law, but in his early manifestations he coupled it with the Church, talking about “the wonderful, social message of Jesus”.
By all accounts, Wattles practiced what he preached and ended up very comfortable in terms of wealth, and with no known enemies! His book “The Science of Getting Rich” is even to this day very readable and inspirational.