Paraskevidekatriaphobia: Do you suffer from it?

I write this article on Friday 13th. It’s appropriate. Because parakevidekatriaphobia is a fear of Friday 13th. What could possibly happen to me writing this and you reading it on this day…  Ouch!

For Italians, it’s Friday 17th that is unlucky- they consider Friday 13th a lucky day. But for people in the UK and the USA, Friday plus 13 equals a paralyzing, debilitating fear for millions. 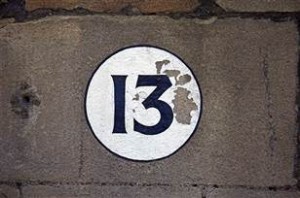 Paraskevidekatriaphobia, as coined by psychotherapist Donald Dossey of the Stress Management Center-Phobia Institute in Ashville, N.C., bedevils “people with blind, unreasoning fear of this day and date, as opposed to those who have a clear, reasonable fear of not being able to say that word,” according to the institute’s website. They have a sense of humour, clearly! The very name itself is enough to send you scuttling back to bed and pulling the duvet over your head. Paraskevidekatriaphobia, can also be spelt  paraskavedekatriaphobia. And the abbreviated triskaidekaphobia might roll off the tongue with less twisting but is no easier to bear for people whose fears include the number 13. So where does it all come from?

Some maths… you will always have at least one Friday 13th in any year, and in 2009, you had the maximum, three. That’s down to the Gregorian calendar, which Pope Gregory XIII ordered the Catholic Church to adopt in 1582. 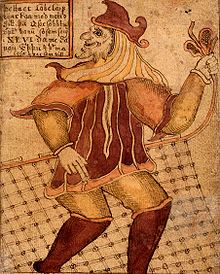 The two unlucky entities of 13 and Friday are ultimately combined to make one superunlucky day. It was never mentioned in any text until the 1860s, but the origins of the fears are said to be quite old:  For example there is a Norse myth about 12 gods having a dinner party at Valhalla, the Hall of the Gods. In walked the uninvited 13th guest, the mischievous god Loki. Once there, Loki arranged for Hoder, the blind god of darkness, to shoot Balder the Beautiful, the god of joy and gladness, with a mistletoe-tipped arrow. Balder popped his clogs and the Earth darkened. The Earth mourned. It was a bad day at Black Rock in Viking heaven. Unlucky  13.

There is also a biblical reference to the unlucky number 13. Judas, the apostle said to have betrayed Jesus, was the 13th guest to the Last Supper. 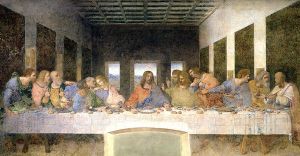 As for Friday, it’s well known among Christians as the day Jesus was crucified. Called Good Friday it’s a UK Bank Holiday. Also, some biblical scholars believe Eve tempted Adam with the forbidden fruit on a Friday. I thought Friday was always a day to eat fish.  Perhaps most significant is a belief that Abel was slain by his brother Cain on Friday the 13th. I’ve looked but can’t see that reference in the Bible, at least not in my version of the Old Testament. 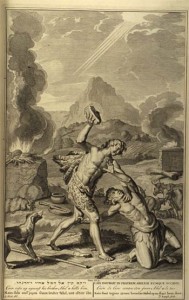 Meanwhile, in ancient Rome, witches reportedly gathered in groups of 12. The 13th was believed to be the devil. A traditional coven of witches is 13, the required quorum in order to get the broomsticks out and fly about on October 31st, Walpurgisnacht. Which could be a Friday…

In modern times, many triskaidekaphobes point to the ill-fated mission to the moon, Apollo 13. But the film did better, despite having the number in the title. And wait a minute- they all got back to earth ok, so that’s not right at all!

Some people are so paralyzed by Friday the 13th superstitions that they refuse to fly, buy a house, or act on a stock tip, for example. It’s been estimated that $800 or $900 million is lost in business on this day, because people will not fly or do business they would normally do.

The fear of the number 13 is more widespread than you may think: Why is it that more than up to 80 percent of high-rise buildings lack a 13th floor? Many airports skip the 13th gate. Hospitals and hotels regularly have no room number 13. 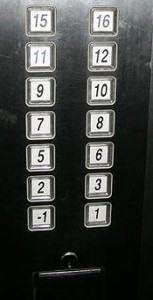 So, I’ve nearly finished writing this article and nothing bad has happened to me…………….   Phew!

I leave you with some other phobias, all with equally ridiculous names:

Hexakosioihexekontahexaphobia is fear of  “666.” The Bible is as good a place to start as any for this phobia, where the “number of the beast” is “six hundred three score and six.”

Gephyrophobia is the fear of bridges.

Psellismophobia is the fear of stuttering.

Aichmophobia is the morbid fear of sharp objects.

Spheksophobia is the fear of wasps. 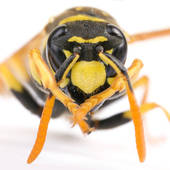 Enough! I hear you cry!

2 thoughts on “Paraskevidekatriaphobia: Do you suffer from it?”