Throught the last century we’ve had writers who have known the secret, at lease some of it and released important information in their writings. Here’s a list of authors I have read for many years.

The inspiration of Ernest Holmes has reached hundreds of thousands of readers through his classic works, many of which are just becoming available in paperback.

Norman Vincent Peale said about Ernest Holmes:”I believe God was in this man, Ernest Holmes. He was in tune with the infinite.” Ernest Holmes(1887-1960) is the founder of the worldwide Science of Mind movement. He was a uniquely gifted scholar with a vast command of the worlds spiritual philosophies. Holmes wrote many popular and inspirational books including “This Thing Calle You”, the landmark classics “The Science Of Mind” and “The Hidden Power Of The Bible”.

Norman Vincent Peale was one of the most influential clergymen in the United States during the 20th-century. Ordained in the Methodist Episcopal Church in 1922, Peale served as pastor at a succession of churches that included Berkeley, Rhode Island (1922–24), Brooklyn, New York (1924–27), and Syracuse, New York (1927–32) before changing his affiliation to the Dutch Reformed Church so that he could become pastor of the Marble Collegiate Church in New York City (1932–84). Peale’s simple, optimistic, and dynamic sermons, in which he offered a positive outlook on modern living brought increasing numbers of parishioners and increasing fame to Peale. 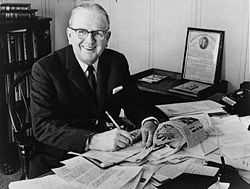 His sermons were regularly broadcast, first on radio and later on television. In addition, Peale published a weekly newsletter for businessmen, Guideposts, which reached two million subscribers at its apex. Peale also published several best-selling books, including The Power of Positive Thought (1952), The Art of Living (1937), Confident Living (1948), and This Incredible Century (1991).

Dr. Ernest Holmes, founder of the Religious Science movement, was a mentor to Peale.

The founder of the Church of Divine Science, produced books, tapes and radio broadcasts on spiritual matters, the historical values of life, the art of wholesome living, and the teachings of great Philosopers – both from the Eastern and Western cultures.

Murphy was born in Ireland, the son of a private boy’s school headmaster and raised a Roman Catholic. He studied for the priesthood and joined the Jesuits. In his twenties, an experience with healing prayer led him to leave the Jesuits and move to the United States, where he became a pharmacist in New York (having a degree in chemistry by that time). Here he attended the Church of the Healing Christ (part of the Church of Divine Science), where Emmet Fox had become minister in 1931.

In the next decade, Murphy married, earned a PhD in psychology from the University of Southern California and started writing. After his first wife died in 1976, he remarried to a fellow Divine Science minister who was his longstanding secretary. He died in 1981.

Murphy was a 32nd Degree Mason.

Oppenheimer, a Jewish cabalist, held the 33rd degree. J. Robert Oppenheimer (April 22, 1904 – February 18, 1967) was an American theoretical physicist and professor of physics at the University of California, Berkeley. He is best known for his role as the scientific director of the Manhattan Project, the World War II effort to develop the first nuclear weapons at the secret Los Alamos National Laboratory in New Mexico. For this reason he is remembered as “The Father of the Atomic Bomb”. In reference to the Trinity test in New Mexico, where his Los Alamos team first tested the bomb, Oppenheimer famously recalled the Bhagavad Gita: “If the radiance of a thousand suns were to burst at once into the sky, that would be like the splendor of the mighty one.” and “Now I am become Death, the destroyer of worlds.” 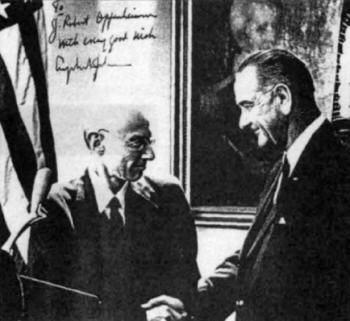 Andrew Jackson (“Old Hickory”), the historical figure in the painting on the wall, was also a 33rd degree Mason.

In 1734 Benjamin Franklin, then 28 years of age, was elected grand master of Masons in Pennsylvania, and in the same year he published the first Masonic book printed in America.” Perhaps the city of Philadelphia was not meant to mean, “City of Brotherly Love” so much as the “City of the Freemasonic Brotherhood.” Franklin spent years in Britain prior to returning to the Colonies. Only he knows all of what he was doing there, or to whom he was talking, as concerns American Independence. But I was surprised to find, in a candid list of Rosicrucians, that Franklin was included (as was Isaac Newton). 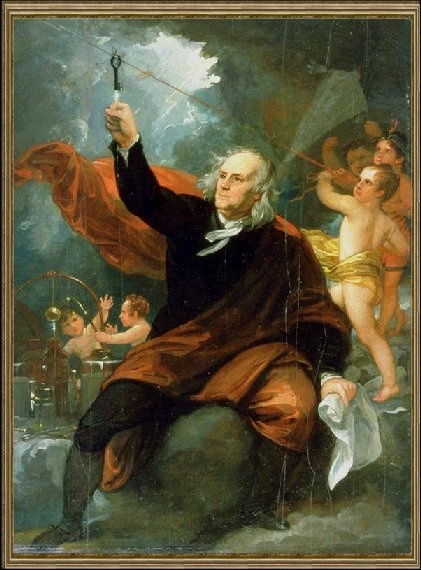 It is said that only two U.S. Presidents: Abraham Lincoln and John Kennedy, were not either Masons or elite members of affiliated bodies. 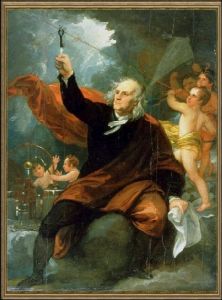 7 thoughts on “Famous Freemasons & People Who Knew The Secret”