Pineal Gland – The Principal Seat Of the Soul?

In The Lost Secret, Dan Brown has Katherine Salomon lecturing Robert Langdon about the Pineal Gland and its magic capabilities, this is what she says;

“Perhaps you’ve heard… about the brain scans taken of yogis while they meditate? The human brain, in advanced states of focus, will physically create a waxlike substance from the pineal gland. This brain secretion is unlike anything else in the body. It has an incredible healing effect, can literally regenerate cells, and may be one of the reasons yogis live so long. This is real science, Robert. This substance has inconceivable properties and can be created only by a mind that has been highly tuned to a deeply focused state.” 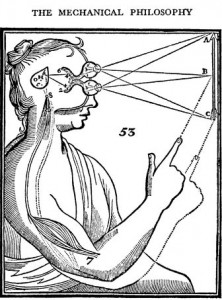 Indeed throughout history, the Pineal Gland has been getting a lot of attention. Most famously it has been described as the “third eye”, or at least the source of the third eye.

Most interestingly, the philospher Descartes has written about the Pineal Gland in the last book published during his lifetime, The Passions Of The Soul, in 1649. 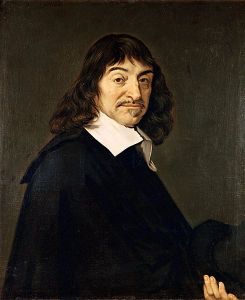 It is rather the innermost part of the brain, which is a certain very small gland situated in the middle of the brain’s substance and suspended above the passage through which the spirits in the brain’s anterior cavities communicate with those in its posterior cavities. The slightest movements on the part of this gland may alter very greatly the course of these spirits, and conversely any change, however slight, taking place in the course of the spirits may do much to change the movements of the gland” (AT XI:351, CSM I:340).

The view that the soul is attached to the whole body is already found in St Augustine’s works: “in each body the whole soul is in the whole body, and whole in each part of it” (On the Trinity, book 6, ch. 6). St Thomas Aquinas accepted this view and explained it by saying that the soul is completely present in each part of the body just as whiteness is, in a certain sense, completely present in each part of the surface of a blank sheet of paper. In deference to Aristotle, he added that this does not exclude that some organs (the heart, for example) are more important with respect to some of the faculties of the soul than others are (Summa theologica, part 1, question 76, art. 8; Quaestiones disputatae de anima, art. 10; Summa contra gentiles, book 2, ch. 72).

Augustine’s and Aquinas’ thesis sounds reasonable as long as the soul is regarded as the principle of life. The principle of life may well held to be completely present in each living part of the body (just as biologists nowadays say that the complete genome is present in each living cell). However, Descartes did not regard the soul as the principle of life. He regarded it as the principle of thought. This makes one wonder what he may have meant by his remark. What would a principle of thought be doing in the bones and toes? One might think that Descartes meant that, although the pineal gland is the only organ to which the soul is immediately joined, the soul is nevertheless indirectly joined to the rest of the body by means of the threads and spirits in the nerves. But Descartes did not view this as immediate attachment: “I do not think that the soul is so imprisoned in the gland that it cannot act elsewhere. But utilizing a thing is not the same as being immediately joined or united to it” (30 July 1640). Moreover, it is clear that not all parts of the body are innervated.

The solution of this puzzle is to be found in a passage which Descartes wrote a few years before the Passions, in which he compared the mind with the heaviness or gravity of a body: “I saw that the gravity, while remaining coextensive with the heavy body, could exercise all its force in any one part of the body; for if the body were hung from a rope attached to any part of it, it would still pull the rope down with all its force, just as if all the gravity existed in the part actually touching the rope instead of being scattered through the remaining parts. This is exactly the way in which I now understand the mind to be coextensive with the body—the whole mind in the whole body and the whole mind in any one of its parts” (Replies to the sixth set of objections to the Meditations, 1641, AT VII:441, CSM II:297). He added that he thought that our ideas about gravity are derived from our conception of the soul.