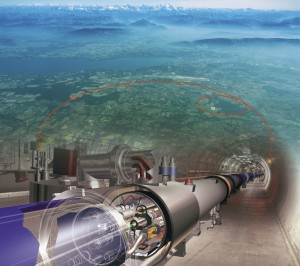 It’s time to smash atoms again for the LHC( Large Hardron Collider).  Although the atom smasher is working only on half force, scientists still are bracing themselves for some amazing discoveries. They are mostly after the God Particle, or what scientists call the Higgs Boson.  There is also a chance that they discover unknown dimensions. 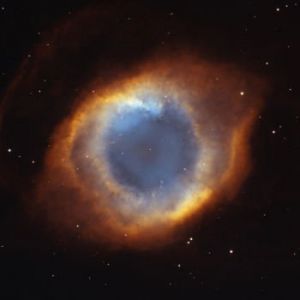 It’s first aim is to recreate the Big Bang to solve scientific riddles such as dark matter, the invisible material that makes up most of the Universe.  The Large Hardron Collider is housed in a 27km long tunnel beneath the French-Swiss border.

Prior to the December shutdown, the Large Hadron Collider had set a new world record in high-energy physics by accelerating two beams of proton particles to 1.8 tera (trillion) electron volts (TeV) each and smashing them together, for a combined collision energy of 2.36 TeV.
The current schedule calls for operating the machine at a level that would result in collisions with the energy of 7 TeV (3.5 TeV per beam) until late 2011 or early 2012. Already an exciting year just thinking about the Precession of the Equinoxes that has been predicted for the same year. 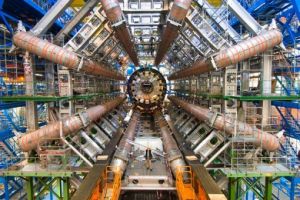