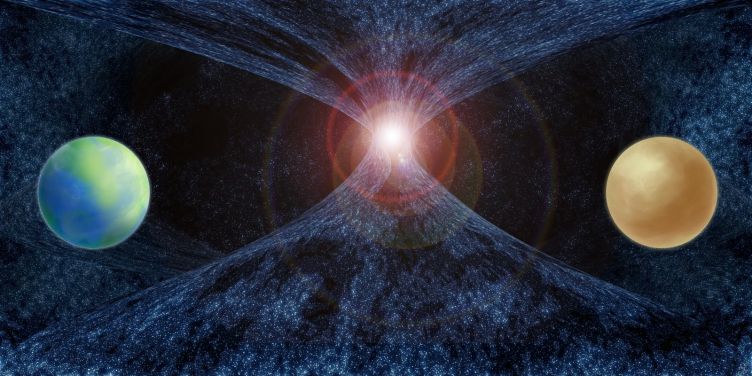 In Frank Herbert’s Science Fiction series of books “Dune”, “Dune Messiah” and “Children of Dune”, there are creatures known as Spacing Guild Navigators whose bodies and minds have been transformed by taking a drug (“melange”). One of these creatures is required to be on board any ship travelling long distances in space because in their altered state they can use their brains to imagine space and then “fold” it and  therefore make the ship travel almost instantaneously from one point in the galaxy to another.

As we discover more stars that look as though they may contain habitable planets, the problem of how to travel the vast distances within a human lifetime becomes more immediate. Unless Einsteinian laws about not being able to travel faster than the speed of light can be undone, it looks like we will be earth-bound forever.  However the concept of folding space could be a way to effect interstellar travel withour breaking Einstein’s laws. 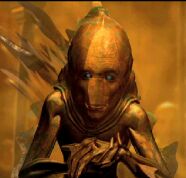 Imagine that the earth is a soft and malleable beach ball. You are in Paris on this ball, and you want to travel to Tokyo. If you could take Paris on the world beach ball and pull it across to touch Tokyo, then you would merely walk from Paris to Tokyo where they touch. The beach ball would then bounce back into shape. Now expand that concept to the cosmos- and imagine the cosmos is a giant space beach ball. Earth to Alpha Centauri? No problem. Fasten your seat belt and enjoy a few seconds of the in-flight movie (Star Trek?)

That’s the theory, and there are many people, including physicists and scientists, who think that this concept is possible to effect. However there are two drawbacks. One is the amount of energy it would take to produce the fold. The second is what effect the fold would have on time, and on other people. There are many ideas on this, but until a model can be produced that will simulate space folding, we won’t know for sure.  Maybe we should just look for that drug found on Dune and produced by the Spice Worm in the Frank Herbert books. Until then, the stars will remain a long long way away.