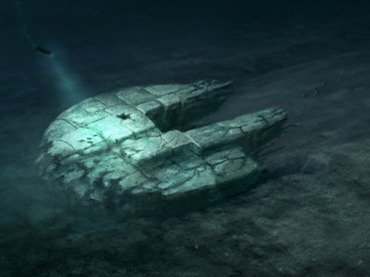 The Swedish diving team who continue to investigate investigate the Millenium Falcon-shaped object found at the bottom of the Baltic Sea are still no closer to understanding what it is or where it came from. 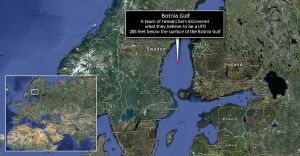 The object is raised about 10-23 feet above the seabed. The diving team found a 985-foot flattened ‘runway’ leading up to the object, suggesting that it skidded along the seabed before it stopped.  Could this be a UFO that hit the water and continued for a distance along the sea bed?  The object was actually first found a year ago, but the diving team were unable to revisit the site until recently due to a lack of resources.

However, the recent expedition has raised even more questions. 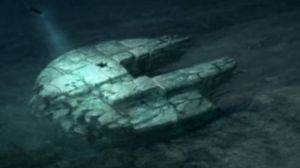 Lead diver Peter Lindberg said: “First we thought this was only stone, but this is something else.”

the object has “rounded sides and rugged edges”. It has a 60m diameter and, at the centre, has “an egg shaped hole leading into it from the top.”

Surrounding the hole they found an odd  rock formation. The divers said that the rocks looked “like small fireplaces” and the “stones were covered in something resembling soot.”

Volcanic activity has been discounted, so the presence of something akin to soot is very odd. Stones don’t burn! 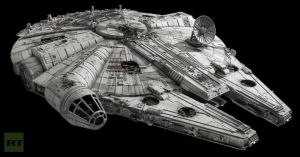 Explanations have run the full gamut from it being an extra terrestrial ship similar to the Millenium Falcon (Hans Solo’s spaceship from the Star Wars films) through to it being a sea-bed plug guarding a tunnel to the underworld.

The diving company has now created a submarine, that they hope will appeal to tourists who would pay to take a trip 285 feet to the bottom of the Baltic Sea, to see the object for themselves. It’s therefore in their interests to keep the mystery afloat, and not look too hard for a rational explanation. However a rational explanation has already been offered by Hanumant Singh, a researcher with Woods Hole Oceanographic Institute. He told  Popular Mechanics that the images of the object had several inconsistencies. He claimed that they were taken with an inexpensive type of sonar that contained several distortions and that he picture also revealed a reflection of the image that indicated the instruments weren’t properly wired. 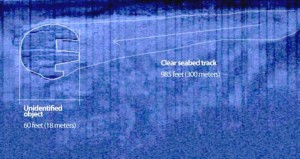 The most likely explanation seems to be that the object is rock-based, a giant stone, probably from the Ice Age. However one would expect that the rock be covered with silt. Could it be some hand-hewn idol created by ancient man? Or just a geological aberration? Judge for yourself here: