The creation has troubled many Christians but maybe those who recorded our history in the bible were not all that far off after all. It could be very literal if you listen to Zecharia Sichin.

Sitchin is a professional in traditional Semitic and Hebrew languages, has stirred much squabble with his books, papers and lectures. Sitchin was born in Russia, was raised in Palestine, graduated from the University of London with a degree in economic history. He worked for years as a journalist and editor in Israel before settling in New York.

His Earth Chronicles series offers the grounds that mythology is the repository of ancient memory, the Bible is an unprecedented and systematic document, and traditional civilizations were the product of knowledge given to the people by the Anunnaki. 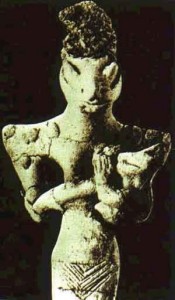 In a lecture at New York University in 1993, Sitchin outlined his theory about human origins and our link with the Anunnaki. Following are excerpts from his talk:

“There is one more planet in our own solar system, not light years away, that comes between Mars and Jupiter every 3,600 years. People from that planet came to Earth almost half a million years ago and did many of the things about which we read in the Bible, in the book of Genesis.

“I prophesize the return of this planet called Nibiru at this time. The planet is inhabited by intelligent human beings like us who will come and go between their planet and our planet. They created Homo sapiens. We look like them. I call them the Annunaki,” Sitchen said. 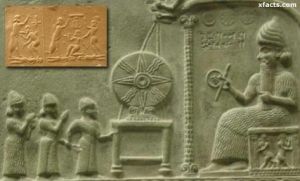 He said he became interested in the Sixth Chapter of Genesis, that talks about the Nefilim, or giants, identified as “the sons of the gods who married the daughters of man in the days before the great flood.” In his research, Sitchen said he learned that Nefilim literally means “those who have come down to earth from the heavens.“All the ancient scriptures, the Bible, the Greek myths, the Egyptian myth and texts, the pyramid texts, everything, led to the Sumerians, whose civilization was the first known one six thousand years ago. I focused on Sumer, the source of these legends and myths and texts and information. I learned to read the cuneiform Sumerian texts and came upon their persistent and repeated statements that those beings, whom the Sumerians called Anunnaki, came to earth from a planet called Nibiru. 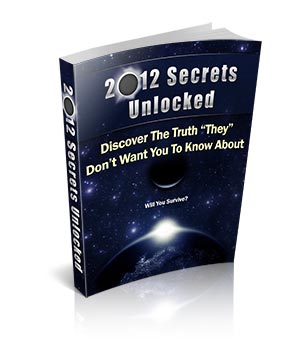 The planet was designated by the sign of the cross and Nibiru meant, planet of crossing.” Sitchen said scholars who were following this same course of study were debating among themselves whether Nibiru was Mars or Jupiter. He said he began an extensive study of astrological charts and realized that Nibiru couldn’t be either of these planets. He finally came to the conclusion that it was a wandering planet that crossed through our solar system.“Once I realized that this was the answer, that there is one more planet, everything else fell into place. The meaning of the Mesopotamian Epic of Creation on which the first chapters of Genesis are based and all details about the Anunnaki, who they were and who their leaders were and how they traveled from their planet to Earth and how they splashed down in the Persian Gulf and about their first settlement, their leaders and so on and so on, everything became clear! The Sumerians had immense knowledge. 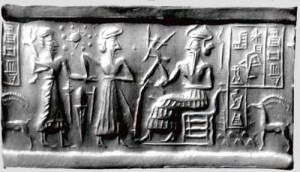 “They knew about Uranus and Neptune and described them and they knew about Pluto. They were proficient in mathematics and, in many respects, their knowledge surpassed modern times. They said ‘All we know was told to us by the Anunnaki.’”

Sitchen said: “The existence of Nibiru is not a matter of just one more globe in our solar system. This is different, because if Nibiru exists, and the Anunnaki exist, then the Sumerian claim that they come back to our vicinity every 3,600 years, at which times in the past they gave us civilization, then we are not alone and there are more advanced people than us in our solar system.”In one of his books, “The Twelfth Planet,” Sitchen quotes a Sumerian text that he says explains how Adam, the first Homo sapien, was created. He said the process was the same as what today is called a “test tube baby process.“The knowledge that we have acquired corroborates what the Sumerians knew six thousand years ago. You wonder how is it possible, how could they know? How, as another example, could their symbol of the entwined serpents, that we still use today to denote medicine and healing and biology, be 6,000 years ago, the symbol of Enki, who engaged in genetic engineering to bring about the Adam? That was a symbol of the DNA, the double helix of DNA,” Sitchen said. “We look like them. They made us through genetic engineering. They jumped the gun on evolution, and made us to look like them physically, and to be like them emotionally. That is what the Bible says: Let us make the Adam in our likeness and after our image. Physically, outwardly and inwardly. So much of what they are, we are.” Sitchen even goes one step farther. He also theorizes that the Anunnaki not only created us through genetic engineering, they “mixed their genes with those of Ape-woman.”This is exactly what the remote viewer finds when he peers into the past. There was, indeed, a genetic manipulation of existing animals on this planet to create various forms of intelligent Homo sapien.

He says, however, that we are not all from the same source. While the Anunnaki created people, other alien visitors left their own DNA prints on this planet at even earlier times. This explains the wide variety of races that exist. We are all human, but we seem to have originated from different places and races in the universe. 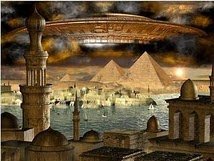