The Law of Attraction in Ancient Cultures’ Rituals 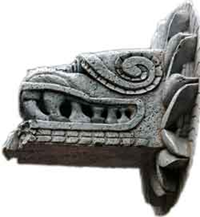 Core elements of the Law of Attraction were present in many of the world’s oldest cultures. If we can agree that a suitable definition of the Law is “That which is like unto itself, is drawn”, then many processes, rituals and activities undertaken by cultures and races many years ago, correspond to the Law. Any ancient ritual, be it by Aztecs, Egyptians, native American Indians, or even tribes today in the South America rainforest, had or has a purpose. It is not just some pass-time or long-forgotten memory being trotted out for no reason. That purpose is usually to change something, or to prevent something from changing. It is a ritual of influence- something being done in the hope that it will affect something outside of the ritual itself. They were often trying to influence or appease a God such as the Aztec God Quetzalcoatl, above. In fact, one could argue that the Gods were intermediaries between the people performing the ritual and their desired result.

Similar to our use of the Law of Attraction’s principles today, the ancient rituals, the people performing it and the tools they may use, become infused with the meaning and purpose, and therefore create the positive atmosphere, vibrations, or conditions to make the occurrence desired more likely.  So those taking part in the ritual are setting up a frequency to resonate, and believe in, so as to attract the desired results. 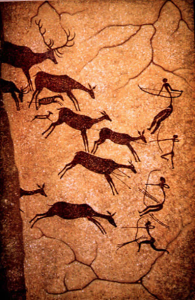 Even earliest man with his drawings depicting hunting on cave walls was not just recording and reporting after the event.  He was trying to show that this is what would happen when they next went on a hunt. The tribe would see the cave paintings and be inspired by them, and remember them when they were next on their hunt. At a basic level it was lifting their morale and their expectations; but it was also creating the environment for the hunt to make the hunt more likely to end with success. The opposite would have been true if the cave paintings had all shown members of the tribe being trampled on by bulls and mammoths- the ensuing hunts would have been less likely to succeed.

Anthropologist Joseph Campbell has speculated that prehistoric cave paintings showing hunts were executed by contemporary Shaman in a trance state prior to the hunt to ensure a successful kill.  The Shaman, may have been entering an altered state, and would connect to the web of the universe and record a desired outcome yet to take place in a way that can be viewed as a kind of positive affirmation of its time.

Many rituals performed by ancient cultures were attempts to influence the very basic requirements of existence and survival: warmth, shelter, food and protection from the unknown. 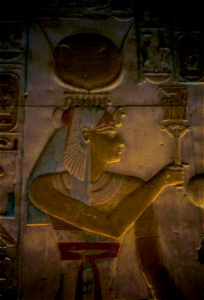 The ancient Egyptians had a ritual for asking for appropriate weather to gain a bumper grain harvest. For the ritual for fertility of the land, ancient instructions tell us that the priest had to start off facing south and the Life Giving Nile, then West to appease the desert, then North as a symbol of general fertility, then the East and the rising sun; cosmic fertility, then back to South.

Again, the ritual would have been observed by many, and the power of their positive thoughts (for the Egyptian Priests were rarely doubted as to their prowess and powers) would have created the appropriate backdrop to give the ritual more than a fighting chance to succeed.

And if the harvest failed, then that would just mean that there was inadequate faith from the people, and the next ritual would have to be more closely observed, and followed in order for it not to happen again.

So the key concepts of the Law of Attraction were alive and well a long time ago, but just not as well articulated as they are today!

One thought on “The Law of Attraction in Ancient Cultures’ Rituals”