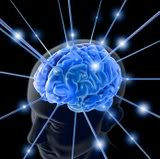 I have been looking around various social network, blog, and non-Law of Attraction associated internet sites to see just how ordinary people were finding the Law, applying it, and then seeing what the outcome had been.
A lady from that States, J, says that she came across “The Secret” book quite by accident, two years ago, during a low time in her life. She thought the book very positive and decided to apply the principles of the Law. She noticed that little good things seemed to be happening more frequently than before. She then decided to up the ante and apply it to something big. J worked in an IT company but she never got a chance to go onsite in 4 years of her career. She was really very keen to go onsite and work. She decided to apply Law of Attraction thoughts to go onsite. 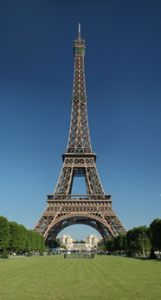 J discovered an opportunity in one of the company’s projects in France. J said that every day she visualized herself in Paris and saw the Eiffel tower in her dreams.  It seemed unlikely she would be chosen but finally that day came when J was asked to go to Paris. J was overjoyed and proved very useful to the company while there.
Looking back on that particular experience, J said that she thought that the secret was to have a burning desire, think hard but positively about it, but also feel good about it. Not to feel desperate. J regularly uses the Law of Attraction now!

Another lady gave her story on a social media network. She said that she was in a very bad financial situation. She had three children and could barely afford to feed them, pay the mortgage, and get a business up and running to provide regular support.

She declared that was so unhappy with her life the way it but realised she had a choice. She needed to either change her life or just change her attitude towards it. She said that she chose to change her life. She looked at what she was doing and how she was doing it and the results she was getting. She worked out that if she wanted different results she had to do things differently. She read about and started to practice the Law of Attraction.

She started focusing on what she did want rather than what she did not want. She stopped telling her children that she could not afford to buy them new school shoes or a school satchel etc. She involved her daughters by having positively focused family meetings to discuss her plans and get their buy in. They agreed with her that they wanted a change in all their lives.

A good technique was that they decided that they would never again say that they could not afford anything. When her daughters asked for new school shoes they developed a secret code to answer their questions (if she couldn’t afford them) which was to say “soon, baby, soon. I am a little busy right now and unable to get to the shops. Can those shoes wait another two weeks?” And, she felt the feelings and emotions behind this statement. That was their cue for them to realise she had no money at the moment and had to wait a little longer to afford them. They would of course answer her “Of course they can wait mum” or something similar. All positive and knitting the family together.

When she received bills in the mail that she could not afford to pay straight away, she stopped feeling dread about getting into debt. She held the Bill and said “Thank you for giving me a service before I paid you. Thank you for your trust in my ability to pay.” That made her feel that she had or would soon have the money to pay them all and therefore felt privileged to be so trusted by the bill sender.
These positive thoughts did indeed changer her life for the better, bit by bit she got her life back on track, the business flourished, the money worried evaporated. And using the Law she attracted a partner who became her husband, and created a strong and loving family unit! What a turn-round!

2 thoughts on “The Laws of Attraction: Success Story Snippets”