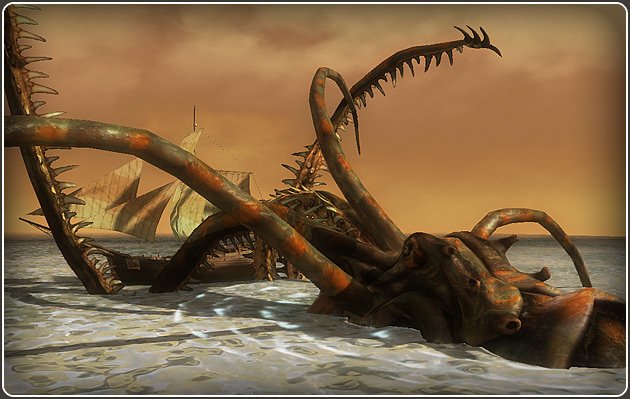 You’ve no doubt watched blooper reels at the end of films, where things go wrong with “hilarious” consequences.  And if you are a baseball hand, a bloop has a different meaning. But what of the Bloop that caused a stir in the Summer of 1997?

Here are the Oxford Dictionary definitions:

-a term used in baseball for a certain type of hit.

-a short low-pitched noise emitted by an electronic device:a few bleeps and bloops

It’s the last definition that we refer to for this unexplained phenomenon.

The Bloop is the name given to an ultra-low frequency and extremely powerful underwater sound detected by the U.S. National Oceanic and Atmospheric Administration (NOAA) not just once but several times during the summer of 1997.

The sound did not build up slowly but came about quickly and continued for a full minute. It was of sufficient volume that it was heard on many sensors, some over 5000 km away. This was no sensor malfunction. It was triangulated to a remote point in the South Pacific Ocean. The NOAA’s check system ruled out any known man-made sound, such as submarine or bomb, or familiar geological sounds such as underwater volcanoes or earthquakes. More strange still, the audio profile of the Bloop resembles that of a living creature. However no known living creature, under water or above ground or in the air, was capable of making a sound of such pitch and amplitude…. it was several times louder than the loudest known biological sound.

The system that recorded the sound are throwbacks to the cold war: Listening devices to trace Russian nuclear submarines and the like, but were in good working order. Sounds are regularly heard and categorised- whales, underwater large rock fallings etc. But all have been identified and categorised. Except the Bloop. While some have speculated that it could have been caused by some underwater natural cataclysm, never before heard, others claim it must be from some hitherto unseen and unheard sea leviathan.

Acolytes of the Cthulhu Mythos point out that the sound emanated from the claimed location of R’lyeh, linking the sound to the sleeping Great Old One Cthulhu, from the works of H.P. Lovecraft.  Others say that it was the snore of a massive slumbering Kraken-type creature, some Prehistoric relic. 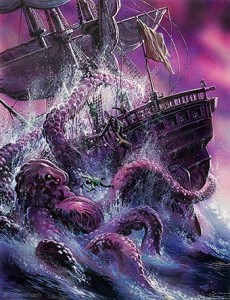 Whatever it may have been or not been, the Bloop was only heard on those few occasions in 1997. There have been other unrecognised sounds recorded, and given other names- Julia, Train, Slowdown, Whistle, and Upsweep. But the granddaddy of them all, the Bloop, remains enigmatic and mysterious.