The Weight of a Ghost (A True Experience) 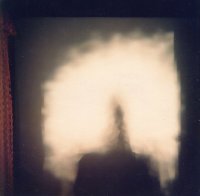 This day is the anniversary of two things. One is a phenomenon that occurred to me on 23 October 2010. The other anniversary, is older, but that will become clear. This is a true story in as much as I witnessed these events, and did my research afterwards. I don’t believe in “ghosts” per se, and maybe I still don’t, but this was the weirdest experience I have ever had.

I live in a flat in a large late Victorian house, in a road of the same, apart from one area at the top of the road, where there are some blocks of 1960s built flats.  Now most experiences with ghostly phenomenon occur in the bedroom, at the top of stairs, or possibly in the Dining Room. My one occurred in the Bathroom. And yes, I was sitting on the John. It’s not glamorous and that’s why I hope you can believe that I didn’t make this up! If I did I would have chosen a better location to set the action!

Because I was alone in the house, I had the toilet door open, and noticed my cat just at the threshold looking content having just been fed. However he then appeared to be distracted, his eyed grew wider, and he sort of hunkered down, looking over at a corner of the broom where there was the washbasin a linen basket and some floor scales. Suddenly the cat flew away, along the passage and charged out of the cat-flap in the door, breaking the flap off in the process. Very odd!

The next thing I noticed was a sudden coldness descend, like on those occasions where a cold front suddenly impacts- usually before rain.  Yes, this was October, but it was fairly mild. But not now in the bathroom. The temperature dropped alarmingly- so much so that I thought I was coming down with an acute illness. Then a red flicker caught my eye in the corner of the room. The bathroom scales had been activated and were showing their red LED numbers- increasing. In the space of about 10 seconds, they had gone up to a weight less than half of mine. There they stopped. And then started flashing, as they do when the weight they are measuring has stabilised and it is giving a final reading. I was part horrified and part mystified- there was nothing else in the room, and certainly not on the scales. Apart from the piercing cold.  As I watched, the red numbers suddenly dropped back to zero as though someone had stepped off of the scales. The scale lights then went out, and as though a massive electric fire had been switched on, the warmth returned. 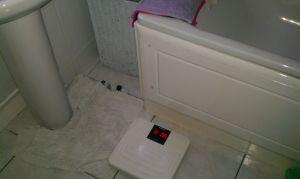 That was it. No sighting, no sound at all, just this eerie occurrence. And it took the cat two days before he came back in the flat, and he never went into the bathroom until his dying day 18 months later. I even went as far as putting talcum powder on the scales in case the phenomenon happened again and some impressions may have been left, but it never occurred again.

All that remains for me to tell is the research. I discovered, from the internet, the local library, council records, and freehold and mortgage deeds, that a family had lived in the flat during the second world war, and that they had a son, aged 5, who had died in 1944. It seemed as though a V1 Flying bomb, also known as a Doodlebug, had killed him and a number of other children. It transpired that this was the reason the top half of the road had flats built there in the 1960s. It had been the site of an infants school, and that school had been hit by the bomb, killing and injuring a number of teachers and children, including the boy who had lived in my flat and attended the school. 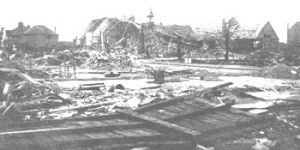 And her’s the thing. The bomb hit on the morning of 23 October 1944, exactly 68 years earlier from the experience I had had with the scales in the bathroom.  That is surely one heck of a coincidence… I can offer no explanation- ghost-hunters tell me that normally apparitions or spirits have no weight and are not corporeal- they have no physical interaction on this plane.

But something strange definitely occurred on that 68th anniversary of the child’s death, in the place where he had once lived. The weight on the scales equated approximately to that of a slightly undernourished five year old boy, I subsequently found.