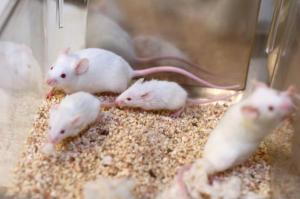 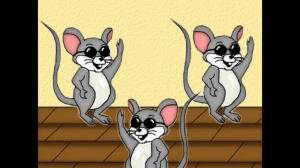 We may have to re-cast the children’s nursery rhyme (actually a rallying cry to English protestants in the time of Queen Mary) in the light of recent bio-medical news. The mice not be quite so easy to catch and have their tails removed, of they regained their sight.

In 2008, researchers at the University of Washington  reported for the first time that mammals can be stimulated to regrow inner nerve cells in their damaged retinas. Located in the back of the eye, the retina’s role in vision is to convert light into nerve impulses to the brain. Mice were the main animal used in these tests. But things have now moved forward.

On April 18 this year it was reported that injections of light-gathering nerve cells (called rods) into the retinas of night-blind mice were integrated into the brain’s visual system and restored sight.  Robin Ali of the University College London Institute of Ophthalmology and colleagues reported this online  in Nature. 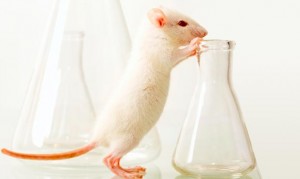 So what’s the big deal? Well, the finding gives new hope that cell transplants may reverse damage to the brain and eyes caused by degenerative diseases and help heal spinal cord injuries.

Other researchers have tried, and failed, to repair damaged retinas with stem cell transplants, says Christian Schmeer, a neurologist at the University Hospital Jena in Germany. The new study is the first to demonstrate that transplanted nerve cells can restore function. “They show it is possible and they do it convincingly,” Schmeer says. At the same time, Schmeer cautions, “there’s still a lot to be done until it’s ready for clinical use.” 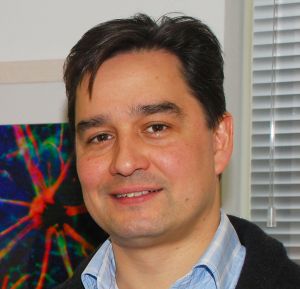 In the study, Ali’s group transplanted immature rod cells from newborn mice into the retinas of adult mice. Rods, found in the back of the eye, work in dim light conditions. Other retina cells called cones sense bright light. In previous studies, the researchers had been able to transplant about 1,000 rods into mice’s retinas, but that wasn’t enough to restore vision. By optimizing techniques, the researchers coaxed about 26,000 rod cells to incorporate into the retina of each injected eye.

Mice used in the study were night blind due to a mutation that inactivates their rod cells. Researchers trained the mice to swim toward a panel of stripes on the wall of a water tank. The stripes indicated where a submerged platform was located. Night-blind mice could only see the stripes with the lights up. In dim light, the mice swam in circles. Mice that got rod cell transplants swam for the platform even in dim light, a sign that they could now see the stripes.

“Certainly they don’t have perfect, or even very good, vision,” says David Trisler, a developmental neuroscientist at the University of Maryland School of Medicine in Baltimore. “But just seeing the difference between light and dark would be useful. It’s a good start.”

Many problems remain to be solved before researchers can even consider trying cell transplants in human eyes, Ali says. Humans rely more on cones than nocturnal mice do, and so far, Ali and his colleagues have not had luck transplanting cone cells, he says. The mice in the study all had healthy retinas, so Ali wants to see if the technique will work as well in diseased eyes. And getting a good source of cells to transplant is another problem. Ali plans to try implanting rod cell precursors made from stem cells, he says.

“Now that we can see that we can really improve vision it gives us the impetus to really push forward,” Ali says.

In order to see whether this can be done with humans, the scientists aim to find a way of using adult stem cells. Another method would be to use cells from a 3-6 month old fetus – something the scientists will not pursue for ethical and legal reasons.

Adult retinas have areas with cells that might be usable, say the scientists. They added that it will be many years before any reliable medical procedure may be offered to patients.

From the sublime to the slightly ridiculous: This work follows on from experiments in which the transplanting of bioengineered stem cells into mice without hair enabled them to grow hair. A cure for baldness as well as blindness? Well this chap below looks like I feel some mornings… but that’s definitley the start of an Elton John regrow on his crown… 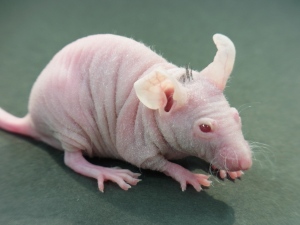