Bama Yao is an autonomous County in the Guangxi Provinced in Southeastern China. You may have heard of it. It’s often featured on programmes about longevity and prolonging life. That’s because a very high proportion of the people who live there, are over 100 years old.  The number of centenarians (those who are 100 or over) is almost double the United States average.

This is despite the fact that many cancer patients declared as incurable and near life’s end have made a pilgrimage to Bama. In fact the county has the highest density of incurable cancer patients outside of hospitals anywhere in China.

While there’s no scientific proof that the waters there have life-increasing properties,  people there drink the spring water and breathe in the morning and evening mists. This has happened since the Qing Dynasty.  It’s not just drinking in the mists and water; various other methods for prolonging life have been tried there. Some people wear gloves and crawl barefooted on the surrounding hills like a dog, believing their organs will massage each other and draw energy from Bamo’s earth. Others believe that drinking the urine of the native people in Bama has therapeutic effects. Nice. There are also “magnetic therapy” sessions within a cave in the County where the spring is located. 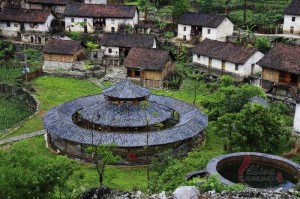 Some rich people have Bamo water shipped to their home towns or cities, but some say that the water loses its elixir of life quality once taken outside the County’s boundaries.  That has led to many people travelling to Bamo to take in the waters of life. Locally they are known as “migratory birds” and resented by the locals. Richer people from the Yangtze River Delta are buying or building properties there. This has led to accusations, with some foundation, that the influx is killing the goose that laid the Golden Egg. Tourism development and the immigrant population have overwhelmed the area, causing the mother river to become polluted.  Will this lead to people leaving and the area becoming once again a haven of longevity for the exclusive few? 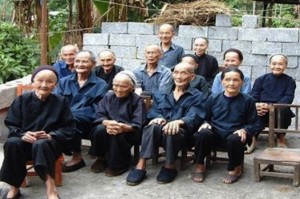 Who knows, but the fact is that current 39 centenarians living there are lamenting the publicity their County has attracted, and wondering if their days are becoming (more) numbered than hitherto. Trouble in paradise indeed.