When Dinosaurs Fumed the Earth 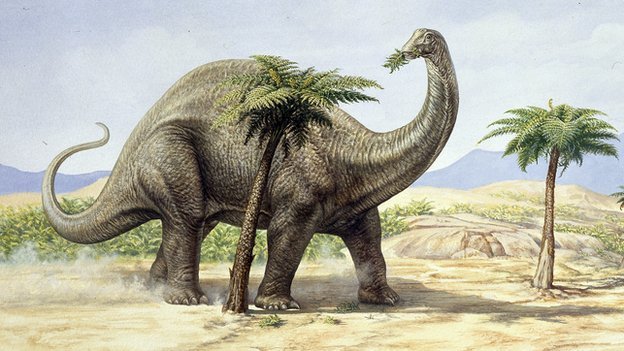 Following research undertaken last year by  researchers, led by David Wilkinson of Liverpool John Moores University in the United Kingdom, the debate still permeates the air in scientific circles as to whether the dinosaurs were the cause, at least in part, of global warming aeons ago.

The greenhouse gas methane, which along with carbon we are trying to reduce today on earth,  is a natural byproduct of the digestive process of plant eaters, especially in herbivores called ruminants (like cows and camels). The researchers suspect that like ruminants, sauropods would have harboured methane-producing bacteria in their intestines to help digest these fibrous foods. Of course these were no cow-sized methane-machines, sauropods, typified by Diplodocus, Apatosaurus (formerly Brontosaurus) and Brachiosaurus were huge. When they roamed the earth, during the Mesozoic era — from about 250 million years ago until the dinosaurs died out 65 million years ago — the climate was warm and wet. 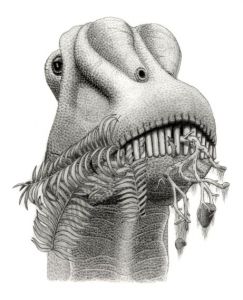 The researchers estimated that the methane produced by all sauropods across the globe would have been about 520 million tons per year, a number on par with the total amount of methane currently produced by both natural and man-made sources!

While the researchers did their best to get an accurate estimate of how much gas these big dinosaurs would have created, but their answers are still just estimates based on multiple assumptions, they warn. There is currently no way to tell what kind of bacteria lived in the digestive systems of dinosaurs,  or what those digestive systems would have looked like, but Wilkinson thinks they would have produced methane like today’s animals.

“To process that amount of vegetation they have to be relying on microbes in their digestive system,” Wilkinson told LiveScience. “But without a time machine you can’t be sure.”

I guess that would be a time machine and a gas mask. 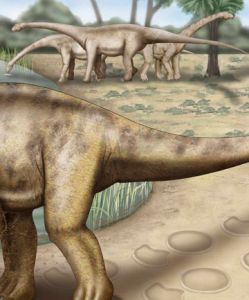 They used a mathematical model to determine how much gas these plant-eating giants would have eaten. They extended data on methane production by today’s mammals  based on size. They found that these 10 sauropods would have contributed 7.6 tons (6.9 tonnes) of methane every year. Expanding this number to cover the amount of land estimated to be hospitable habitat for these animals (about half the land on Earth at the time), the researchers end up with more than 550 million tons (500 million tonnes) of methane produced every year.

“I was expecting a number like that produced by cows, so the size of the number really surprised me,” Wilkinson said. “It’s way, way, way ahead of the estimated methane production by modern livestock.” (Cows produce 55 to 110 million tons (50 to 100 million tonnes) of methane each year, he estimated.)

“The thing about methane is it is an extremely potent greenhouse gas,” Wilkinson said.  “If the levels were anywhere near where their calculations indicate, he said, it very well could have been one of many factors that made that era warmer and wetter than modern times.”

But the debate has sparked off some controversy about the nature of research. Some have said that this information on Sauropod flatulence, even if it was true or could be verified (which it can’t-see the time machine and gas mask above), is of no scientific consequence. That was then this is now. Dinosaurs didn’t bottom-burp themselves to an early grave, something else did that. So why bother?

Researchers argue that you never know when some bit of research can be relevant to another seemingly unrelated piece of research, and a discovery is found. There is empirical evidence of this. In any case, research is a goal in itself say reserchers. University of Victoria climate scientist Andrew Weaver said: “Frankly, methane emissions from dinosaur burps is probably not the No. 1 thing we should be concerned about in modern society.”

Wilkinson joined forces with Graeme Ruxton of the University of St. Andrews and Euan Nisbet at the University of London to research methane’s effect on the earth’s temperature. They published their findings in the journal Current Biology yesterday. 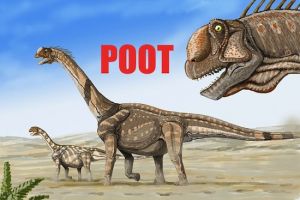