“Who Wants To Live Forever?” 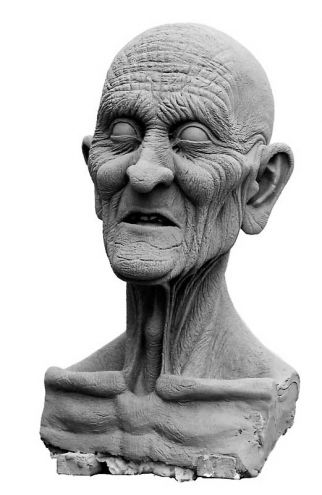 Well, from all the scientific research that seems to be going on across the globe, it seems the answer to that is… most of us! From naked mole rats to skin stem cell stimulation it seems like longevity, perhaps even immortality is the next barrier for mankind to burst through. 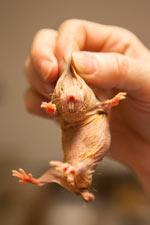 But the quote in the title, wasn’t the full quote. For military historians they may well recognise the full quote, as uttered by Marine Sergeant-Major Daniel Joseph Daly. Highly decorated throughout his fighting career, he is famous, more probably infamous, for having said to have yelled, “Come on, you sons of bitches, do you want to live forever?” to the men in his company prior to charging the Germans during the Battle of Belleau Wood in WW1. So he was encouraging his men to grip their courage and charge an enemy position without regard to the fact that they may lose their lives.

So why do we want to live forever? The scientific and biological research seems to be far ahead of those contemplating the social, economic and environmental consequences of mankind living for far longer, perhaps even for ever. It always makes me laugh when I see in an obituary that someone’s death has been described as “untimely”.  There are very few people who would describe a death as “timely”. Even at the end of a long debilitating illness, most people and families would try to cling on to life, for those few extra seconds before departing into the great unknown.

The average life of man has increased over tens of thousands of years. The average life-span now of man in a developed country in around 80 years old (more in Asia- discuss…). But it has taken an awful long time in evolution to get there, from the dawn of the first homo erectus. But is it evolution? And has it really increased by that much? 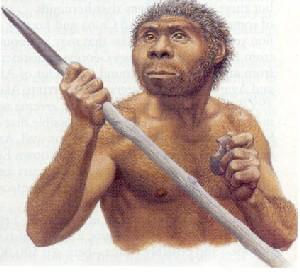 Using measurements from teeth, skulls and bones that have been found, it seems that many early cavemen actually lived to a ripe old age of 30 or beyond. And the main reason that they failed to live longer than that was not some biological evolutionary stuntedness, but simply their susceptibility to disease, lack of food, heat, and of course predators. Remove those obstacles to longevity and it is likely that early man, on average,  could have lived to the age we live to now. So perhaps we have not evolved to live longer, it is just that our circumstances and environment now permit this? No doubt advances in medicine have ensured people don’t die prematurely from accident or disease, but are we actually prolonging man’s innate longevity or merely preventing premature death?

While advances in medicines (a cure for cancer anyone?) are likely to further prevent unnecessary death, it is the actual quest to unlock some secret to longevity and perhaps immortality that intrigues me. Other animals that have been on the planet as long, if not longer, than man, live to approximately the same age as they did tens of thousand of years ago. They have not evolved to live longer, just as I argue that neither has man. So if the biological and scientific tampering with the very heart of man does produce and elixir of longevity, or perhaps even immortality, would the basic DNA of the human not be affected in some way? Is there not some body-clock trigger that would kick in to prevent us living forever? We don’t know, but some commentators argue that just as it is not possible to travel faster than the speed of light, physics and biology will not permit man to cheat death. Is there a “death gene” that simply cannot be by-passed?

Moving on, if we are able to overcome a potential in-built preventative fail-safe mechanism, and live for 200, 300, 400 years or more… How much research has been undertaken and published on the consequences for mankind, and the planet? Back to the quote: Who would want “..to live forever?” on a planet crowded with more and more people who just won’t move on and die and make room for new people. Imagine the conservatism of politics for those who have seen it all before in the hundreds of years they have already lived here? What about food? air? pollution? And what about those of a religious persuasion who consider that man is cheating their God’s will by artificially extending their life beyond three score years and ten? Will they stand idly by as non-believers swell in number? 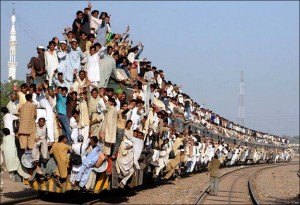 Then on a personal level, what happens to our brains, our humanity, when we are faced with the prospect of being around the same people, the same friends and family.. forever? How to spring from bed each morning to embrace a new day that you know will never be your last, or anyone else’s? How to motivate oneself to enjoyment, work, study, development and making new relationships… knowing that they stretch away into infinity? My guess is that self-termination; suicides,  would become the solution for those unable to appreciate the wonder of living forever. 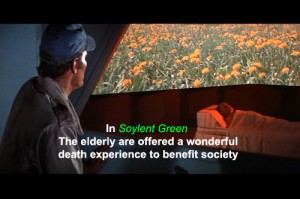 All food for thought, and probably the kind of thoughts that don’t enter into the minds of scientists hell-bent on “curing” death. Which may not be an illness at all, but the key to man’s continued existence on the planet.

A journey-all journeys- have to have a beginning a middle and an end. Without an end it is not a journey, and there is no purpose in travel. We would become as a painting of soft fruit in a bowl- rotted- still life. And gain a living death by cheating it. 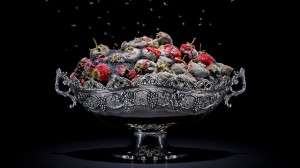 One thought on ““Who Wants To Live Forever?””